The Lessons Companies Should Learn from 2019 IPOs 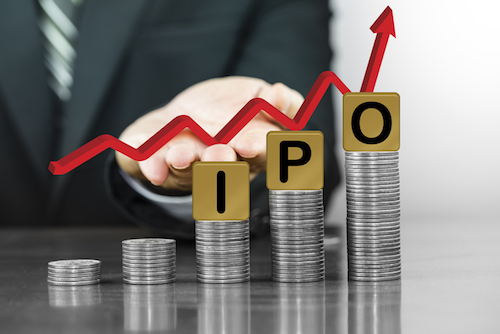 For the most part, we will likely remember 2019 as the year of the political roller coaster. It was also a year in which we saw great advances in technology ' some positive, and some for criminal purposes. Despite such major occurrences, the stock market closed on one of the highest notes in history. While the stock market improved more than in any other year since 1997 and the S&P was up almost 29%, the IPO Market was much more volatile.

It's not uncommon for an initial public offering (IPO) to perform differently than the overall public market. What is distinctive is that the IPO market didn't perform as well as the stock market overall in 2019.

To mention a few examples 'WeWork, the office-sharing company, pulled its IPO filing because of major losses and a confusing corporate structure. Endeavor, a sports marketing company, once had a value of $7.8 billion, before the company pulled its IPO due to lack of support. The grocery delivery service Postmates pulled its IPO for the same reason.

A number of other companies followed through with their IPOs, but struggled significantly along the way. Uber, Lyft, Peloton and Pinterest all struggled to get investor interest. Zoom, the B2B videoconference software company, was up 72% on the first day of trading, but ultimately, it fell from $102 to $88 per share. Saudi Aramco, an oil company, became instantly valuable, but the Saudis were disenchanted to find that it was only valued at $2 trillion. The mattress manufacturer Casper dropped its offering price before it went public with a market cap of less than $500 million, which is well below its $1.1 billion valuation prior to its IPO.

Could IPO Volatility Open Up Greater Opportunities for Direct Listings?

Spotify and Slack took the direct listing approach, and Airbnb, along with many other companies, is considering whether it's the best way for them to go as well.

While there are many benefits to considering a direct listing, it has its fair share of critics. It fails to account for many of the protections that investors get when taking a company public. With a direct listing, there is less due diligence and fewer public disclosures. Companies that file as a direct listing take away their ability to raise funds; however, companies can still raise funds privately. Some people are concerned that direct listings will become ripe for abuse and increase risks. Overall, there's the chance that an influx of direct listings could weaken the integrity of the public markets.

In California, there is a lawsuit involving Slack over regulations. The outcome of this case could change the future of the IPO market. With direct listings, there is no underwriting process or lockout period. Overall, there is less red tape.

In general, many investors have increasing concerns around the underpricing of IPOs. Underwriters have been trending toward undervaluing companies. On the whole, venture capitalists and late-stage investors are feeling like IPOs are generally more diluted than they should be.

Jay Ritter, a professor of finance at the University of Florida, did some research and found that within the first 24 hours following an IPO, companies lost $171 billion in value due to underpricing. What is perhaps more troubling is that apprehension on the part of underwriters could be viewed as a means for increasing profits for their own institutional clients. This thought process is increasing the existing mistrust of the marketplace overall. Direct listings close the gap between the offer price and the opening price. This process creates greater opportunities for companies and fewer opportunities for banks.

Another strategy for companies that are eager to take their company public is called the 'greenshoe' option. In this situation, the underwriter creates a certain number of shares that are equal to 15%, in addition to the shares the company intends to issue. If the stock struggles at the opening, the underwriter can then repurchase the additional shares, which also gives them an opportunity to maximize gains. The greenshoe option was of great benefit to underwriters on the Uber deal, where they made $100 million incrementally. The Saudi Aramco IPO netted well into the billions by taking advantage of the greenshoe option.

Eric Ries, the best-selling author of The Lean Startup, has his own ideas about how startup companies can take their companies public. He has been rallying his colleagues and his network to generate interest in exploring the possibility of a new stock exchange. The name of the new exchange would be the Long-Term Stock Exchange (LTSE).

The idea of setting up a different type of exchange on the West Coast is as innovative as it is controversial. The philosophy behind it is to take companies public with the intent of focusing on long-term growth, as opposed to an emphasis on short-term returns that do little more than appeasing investors for the short term.

Critics of the LTSE concept express concerns that creating a West Coast stock exchange would do little more than cater to the tech giants in the Silicon Valley and would veer from important accountability measures that form a major part of other stock exchanges.

The LTSE could launch sometime in the first quarter of this year. If it does, it could create a notable shift in the existing capital markets.

Just when we think we know what to expect, things seem to change. That certainly seems to be the current status of IPOs, although that shouldn't be altogether surprising considering the rapid pace of today's marketplace. What is certain is that IPOs brought some new trends in 2019 that we shouldn't ignore. Another important takeaway from 2019 is that we need to continue monitoring the marketplace's response to IPOs in light of reevaluating the best possible approaches to taking companies public.