What Can Be Learned from the Snap Inc. IPO? 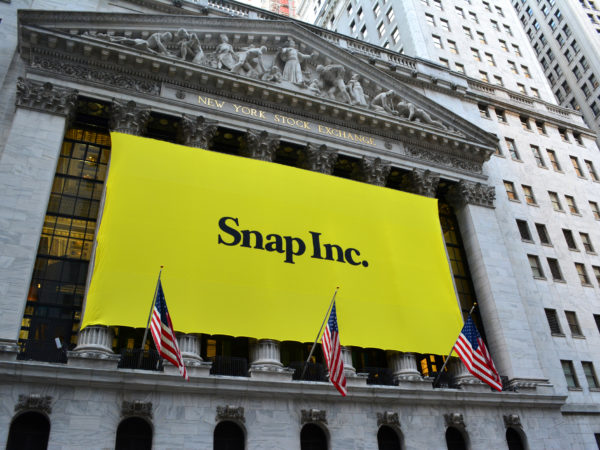 Click on the TV and it's hard to escape the spate of television series like Shark Tank, Planet of the Apps and Steve Harvey's Funderdome, in which entrepreneurs get the chance to introduce their products to everyone in TV Land. Making a great pitch could open the door to negotiating a top deal with investors or testing the market for your wares and winning some cash. However, entrepreneurs put their heart and soul into their businesses, so it stands to reason that they'd want to sustain a controlling interest long after the IPO. Snap Inc. is learning that there's just one problem with that.

That's not how corporate governance works.

Noam Wasserman was a Harvard Business School professor and is the author of the best seller, The Founder's Dilemmas: Anticipating and Avoiding the Pitfalls That Can Sink a Startup. Wasserman's research in the early 2000s showed that shareholders forced four out of five entrepreneurs to step down from their role as CEO. For most of them, the transition was rough and unexpected.

The principle 'one share equals one vote' has long been the standard on Wall Street. It was a principle that was designed to be a means of checks and balances between owners and managers, whereby managers have to continually step up to the plate to keep their jobs. Investors protect their funds by challenging the board and managers when results are not trending well. The voting rights of shareholders give them the power to get rid of managers who get too comfortable with their robust compensation packages and lose focus on their business responsibilities.

The Innovation of Tech Companies' Attempts to Break the Mold

It takes a creative and innovative mind to conceptualize and produce a product that's both useful and unique. Larry Page and Sergey Brin, the founders of Google, employed the same creative thinking they used to create Google in setting up the company's corporate governance structure. They conjured up a way to retain the bulk of their voting rights by setting up a dual-class governance structure in 2004, where shareholders got voting rights in one class. The other class watered down the voting rights of the shareholders.

Facebook founder Mark Zuckerberg followed Google's lead. Both Google and Facebook later added a third class with super voting rights, which allowed them the ability to secure most of their shares in charitable structures. This format gives Zuckerberg full control of the business and provides him with a tax shelter for the charitable organizations that he also controls. The plan worked well for him. Zuckerberg owns 30% of Facebook shares and has 60% of the voting power.

These tactics by tech companies have investors concerned that limited voting rights would prohibit them from being able to restructure management if their funds were losing money. Top-level investors started to lose trust in IPO companies and began putting pressure on index owners to exclude companies that attempted to limit voting rights as part of their public offerings.

In 2011, texters and chatters were delighted when the new app Snapchat came out. Snapchat lets users send photos and short messages that disappear after about 10 seconds. Snapchat Inc. developed additional products called Spectacles, Bitmoji and Zenly, and decided to rebrand itself under the name Snap Inc. in 2016. Founders Evan Spiegel and Bobby Murphy got creative, and a little greedy, when they set up the governance structure for the IPO.

Speigel and Murphy set up three classes of stock. Class A was non-voting stock issued to the public in the IPO and listed on the New York Stock Exchange. Class B is held by the management and pre-IPO investors, and gives one vote per share. Class C gives 10 votes per share to each of the two founders.

Snapchat's Gamble Fails to Pay Off

The Snapchat founders apparently didn't consider that investors would not be interested in a company that froze out their voting rights. The penalties came quickly. Prices dropped 53% from the post-IPO high entry into the stock market, and they are down 19% from the initial IPO price. Snap Inc. has only sold 200 million of their 1 billion shares, with little time before the IPO window closes, which means they risk losing their status as a publicly traded company.

Snap Inc. got a little more trouble than they bargained for when the FTSE Russell, a major global index owner, decided not to include Snapchat in its indices. Russell refused to include Snapchat because their governance structure breaks the rules of good corporate governance, leaving all voting rights to the founders. Another major index owner, MSCI, is considering following FTSE Russell's lead to refuse to include companies in their indices that fail to give at least 5% of their voting rights to shareholders.

Standard & Poor's also took notice of Snapchat's IPO entry and announced that they would not include multiple-class companies with limited voting power in S&P 500, S&P MidCap 400 and S&P MidCap 600 indices moving forward. Existing companies will be grandfathered in, but new companies will be locked out. The S&P move could negatively impact Snapchat's shares by another 25%.

Index Owners Are the Watchdogs

About 46% of funds are index funds. Investors follow FTSE Russell and other index owners and rely on them to protect shareholder interests. Investors are already leery about some IPO companies and the move toward multiple-class offerings.

Lessons from the Snapchat Snafu

The Snapchat snafu offers many lessons for founders, investors and index owners.

Of major concern is that limiting voting rights allows management to go about their business unchecked by any other entity, which would be fine as long as they're continuing to manage the company well. However, there is a great risk that poor management could lead to poor financial performance, increased risks, and expensive or poor acquisitions. Investors are also keenly aware that companies won't be able to attract quality board directors, which means there is no way to protect their investments. For most investors, the risks are just too high.

Limiting voting rights causes investors to mistrust IPO offerings, discouraging them from investing. We're already seeing that index owners are exercising their rights not to include companies that stray too far from good corporate governance practices.

Clearly, managers are the only ones that benefit from designing class structures where they retain all of the voting rights ''' if the company is able to sustain itself at all.

Corporate governance was designed to benefit managers, board directors and investors. It's true that managers risk losing their positions once they offer shares on the stock exchange. However, many of them are failing to realize that giving up power and control will likely net them more profits over the long term. The risk in not adhering to established corporate governance principles likely means that most companies will lose their own potential for prosperity.