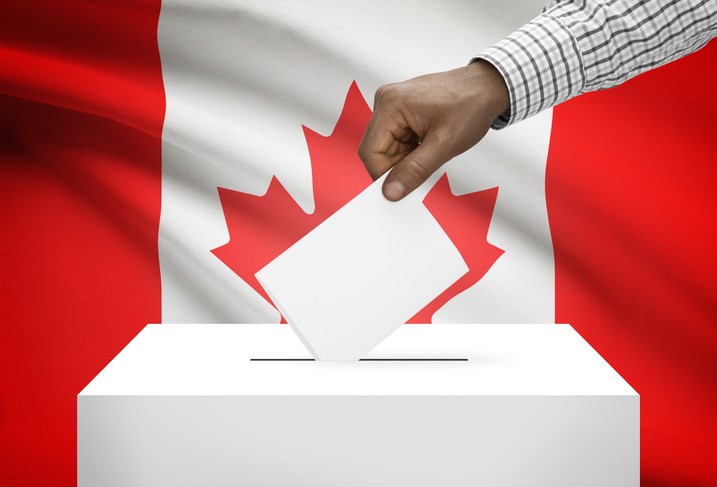 Most provinces hold their municipal elections on the same date every two, three or four years. Local elections are ward or at-large systems. For the most part, only independents run; although, a small number of locations have local political parties or election states. There are about 3,700 municipal governments in Canada, and they're established under provincial or territorial authority.

Candidates running for local government must be at least 18 years old and be Canadian citizens. They don't have to be homeowners, but they must be residents of their local jurisdiction for six consecutive months.

Individuals who have a criminal record aren't exempt from running for local office unless they've been convicted of an election offense within the previous 10 years.

Federal public servants must get permission from the Public Service Commission (PSC) before seeking nomination as a candidate for municipal government.

Nominees for public municipal office in Canada may take a leave of absence from their jobs without pay to allow them time to run an election campaign. In this situation, the nominee must notify their employer on or after July 1, but not later than Nomination Day, that they plan to take unpaid time off. Employers must grant the employee the time off.

Employees who have taken unpaid leaves of absence and fail to get elected may return to the same position they had prior to their leave on the fifth day after the election. If an employee is declared elected, it's assumed that they resign from their employment the day they take the official oath of office.

Nominees must obtain at least five signatures on their nomination papers from eligible electors in that election. There is an exception for cities with populations of 10,000 or more residents where the signature requirement is not less than five signatures and not more than 100. For this to take place, the municipal government must state this change in their bylaws no later than June 30 of the election year.

Jurisdictions in Canada are allowed to request a deposit along with their nomination forms, but they must state this condition in their bylaws at least 30 days prior to Nomination Day. If the candidate gets elected, the government must return the deposit. The government must also return the deposit if the nominee officially withdraws their nomination in accordance with the law. Candidates who get at least half the number of the votes as the candidate elected are also entitled to a return of their deposit.

Candidates may fax in their nominations, but they may not fax in withdrawals. Nominees may withdraw their candidacy within 24 hours after the nominations close as long as they do it in writing and in person with the Returning Officer.

For the purpose of voting, residents may vote at only one place. Residents who are confined to hospitals, auxiliary hospitals, nursing homes or senior accommodation facilities in the jurisdictions may vote at their institution if it's established as an institutional voting station for the election. The law allows early voting for any residents of senior accommodations.

On election day, candidates may not campaign inside, outside or near official voting stations. Voters may vote one time for each candidate to be elected. Candidates, official agents or scrutineers may only be at the voting stations one at a time.

If there's a tie, election officials will draw a name from a hat to break the tie.

Residents may obtain official election results at noon on the fourth day following the election.

Voters may request a recount if they have the proper grounds and make the request by 4 p.m. the Wednesday after the election.

Challenging the Validity of an Election

Under the Local Authorities Election Act, if there is a question about the validity of the election or a member's right to hold a seat, or someone questions the validity of a vote on a bylaw or question, the matter must go before the Court of Queen's Bench.

The following individuals may challenge the validity of an election:

Municipal government offices are always busy. Around election time, the pace of office activity increases substantially. There's an easy way to reduce the influx of phone calls from citizens around election time. A Transparency Portal by iCompass, a Diligent brand, is a web page that informs your residents about elections and other council business. The portal connects seamlessly to your local government website.

City clerks can keep residents updated on how to start the nomination process, who can run and how they can take unpaid time off work to run for an election. They can also post the instructions for how candidates can submit their nomination forms and post the window of opportunity for doing so.

Voters can visit the site to learn the rules for voting, including who can challenge a nomination and how to do it. Most importantly, the Transparency Portal is the primary source for finding official election results.