How to Use Technology to Follow the Brown Act 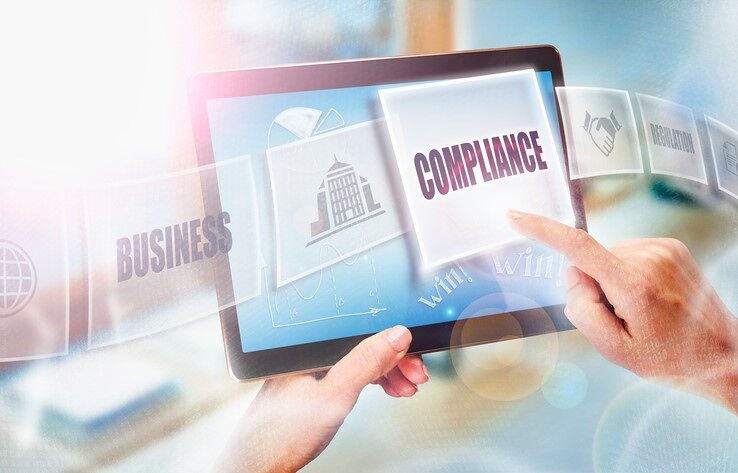 It was in a secret meeting at the Old South Meeting House that the Sons of Liberty masterminded the Boston Tea Party. Today, Americans cannot abide secret meetings. With the Brown Act, California has anticipated every possible variation on the theme, banning school boards from unscheduled meetings, business conducted at social gatherings, and even email chains that become de facto 'deliberations.' A recent amendment that takes effect January 2019 gave the green light to online posting of meeting notices, agendas and minutes as sufficiently 'open' meeting communications. A good board portal can help California school boards comply with the Brown Act in six ways:

The Act requires school boards to broadcast every regularly scheduled meeting 72 hours before the meeting is held. The announcement of the meeting must include the agenda, which strictly limits the discussion that is possible within the meeting. Initially, that requirement called each California school board to type out a physical copy of the agenda and post it in prominent public places such as libraries. Through the end of 2018, school boards still must go through the motions of such physical posting of their meeting agendas (as well as mailing hard copies to local media outlets).

A recent amendment (AB2257) will let school boards satisfy the same open meeting requirement by posting the agenda on a public-facing website as of January 2019. While this benefit did not necessarily inform the debate on the amendment, the change may do a great deal to 'open' meetings serendipitously: Some demographic groups traditionally unresponsive to public paper postings ' such as young adults and the homebound ' routinely access the internet. Their sense of civic engagement, as well as their likelihood to contribute their voices to online forums, is likely to increase.

A public-facing website can store more materials than the agenda of an upcoming meeting. A top-flight portal includes an archive where the board chair can post the readings that make up the board packet: the minutes of the previous meeting, committee reports and relevant articles ' even videos. Such materials can extend back to include years' worth of board packets, relevant legislation and public records. (A good portal provider will not charge extra for the heavy storage requirements of public entities.)

With a good portal, any reader can better prepare remarks or form opinions by searching the archived material ' not only the agenda, but all attachments and other archived materials. This feature invites active participation in issues, satisfying the spirit of the 'open meetings' law. Board members themselves can do quick research as they consider which way to vote on an issue or as they review how an idea has fared in the past.

4. Controlling Who Reads What

As school boards deliberate matters that require access to confidential information, public access to board packets might threaten confidentiality breaches that are both illegal and unethical. A good portal solves this problem with role-based authorizations. Different versions of the same document appear on the screens of different users, depending on their level of security access:

Members of the board or a subcommittee can see materials that include personal information, while a scrubbed version appears on the screens of everyone else.

5. Offering a Communication Alternative to Email

The Brown Act imposes severe limitations on the use of email by board members to communicate about district business. Even posting the email exchanges publicly would violate the act, as the posting might occur too late for a citizen to read it before the meeting. 'Secret meetings' now might consist of email chains that constitute deliberations among a majority of members. To avoid even the appearance of such a 'rolling quorum,' board members can make their comments on issues through a portal.

A clever use of technology lets board members (and the public, if desired) contribute comments to a shared document without running the risk of holding a de facto'meeting.' Collaborative editing allows authorized contributors to put their questions and remarks about a document on a version of that document that then instantaneously refreshes. Every subsequent reader sees the same marked-up version, with each commentator's notes identified by name.

Technology can also help California school boards manage a danger created by the Brown Act's new amendment. The Act is meant to make meetings fully open to the public. It does so, now adapting that spirit of openness to the new 'public space' of a website. On this new frontier, however, openness creates an unprecedented risk: Hackers can access information from the portal in order to conduct phishing scams or to compromise district data.

School districts ' along with hospitals and universities ' perfectly fit the surprising profile sought by hackers. First, corruption of some of their digital files would create operational standstills of much-needed services. Second, most districts could access the $51,000 that is the average ransom demanded by hackers who corrupt data and charge districts to restore it unencrypted. Simply creating a website on the cloud puts a district's files in easy reach of ransomware schemes that thrive on hitting such targets.

The right technology can provide the utmost cybersecurity available. That means storing files on a private cloud and providing full 256-bit encryption. Simple storage on 'the cloud' leaves district data exposed, as does software offering no encryption or only 128-bit encryption.

The Brown Act asks a lot of California school boards, and technology can help them comply. With a top-flight, public-facing portal, districts can post meeting notices, provide citizens with more background material, make that material more useful, control who reads what and facilitate board communication without creating a rolling quorum. The right software can even protect the district's data from hackers who would abuse the extension of 'openness' to the virtual domain. With technology, school boards can make their district data open to more citizens than ever before ' but still keep it safe from bad actors who would abuse that exposure.