The Brown Act and School Boards 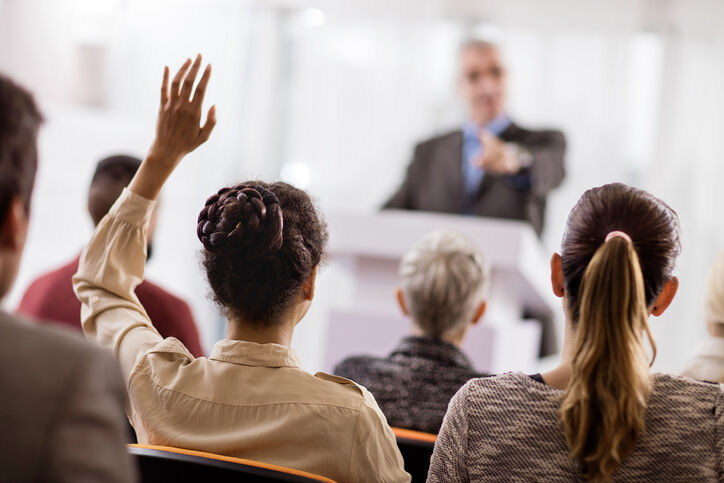 In 1953, many Californians voiced concern over informal, undisclosed meetings of local elected officials. Ralph M. Brown, a member of the California state legislature, enacted a law protecting the public's right to attend and participate in meetings by local governmental entities. To comply with the Brown Act, school boards in California must make their meetings 'open' in clearly specified ways. School boards in California can take simple steps to ensure that their traditional meetings ' and some personal communications ' adhere to the requirements of the Brown Act.

The act applies to all traditional meetings of the school board: its regularly scheduled meetings, special meetings and emergency meetings. Those provisions mandate that the board:

The advance notice required of meetings, however, varies with the type of meeting. For regularly scheduled meetings, the board must publicly post a clear, concise agenda at least 72 hours before the meeting. For a special meeting, 24 hours' advance notice is required, and the board must furthermore notify all local media that have requested such notice in writing. In the case of emergency meetings, one hour's advance notice is required if possible, both in a public posting and with targeted notices to local media that have provided written requests.

The act applies to more than recognizable 'meetings.' A meeting does not need to be formally announced or convened to fall under the jurisdiction of the Brown Act. According to the Attorney General of California, it applies to any occasion on which 'a majority of the members of the body merely receive information or discuss their views on an issue.' That includes phone calls and emails.

One California government agency violated the Brown Act through a series of phone calls. The attorney for a redevelopment agency had several individual calls with each member of the agency's governing board to get their approval for a real estate transaction. The court ruled that these calls constituted a meeting, and thus they defied the Brown Act. To count as a meeting, a call or other communications do not need to decide on a formal course of action; any deliberations count.

Email constitutes a Wild West, where California is one of the stricter sheriffs in town. A state ruling determined that emails between members of a state agency's board count as a secret meeting even if the senders post the emails on the agency's website and make a printed version available at the next public meeting. Posting the emails would not be sufficiently 'public,' as it would exclude people without internet access, and transcripts of the email at the next public meeting might be read too late for an interested citizen to prevent or promote an action discussed in the email.

It is possible for school boards to not only meet, but exceed, the requirements of the Brown Act by aggressively offering all meeting information to the public in a secure central location. A simple web portal and good habits can streamline many of the actions needed to bring school boards into compliance with the Brown Act.

Uses of a Web Portal. An online board portal can serve as a central depot for most of the tasks of notification and broadcasting required by the Brown Act:

California school boards can keep up with the rigorous open meeting requirements of the Brown Act. With good software and habits that routinize caution, a member of any school board can satisfy the requirements of this stringent code and even exceed its mandates by inviting public review of numerous board records in multiple formats. Both traditional meetings and interpersonal communications can rise to the challenge of the California code, not only providing required records, but initiating a transparency that builds loyalty and trust.