The Necessity of Local Government Efficiency 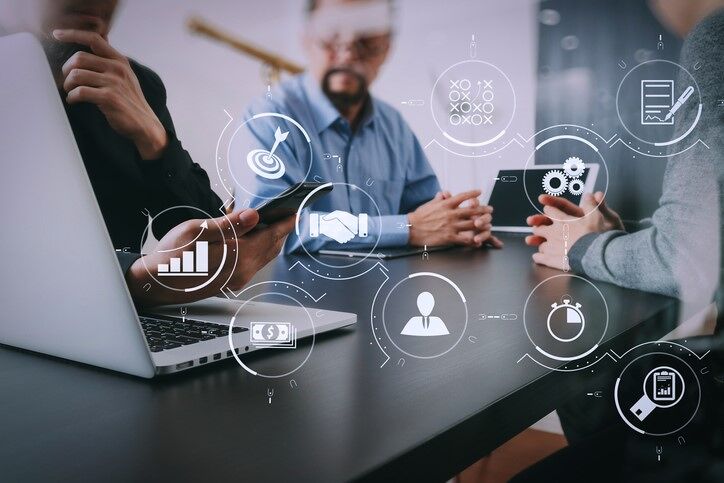 Local government is the branch of government that is the closest to citizens. For that reason, it’s the branch of government that affects them in the most visible way. Governance and how the council handles issues matter to citizens because they play a major factor in their quality of life. It’s important for council members to be sensitive to community views and take responsibility for local problems. Citizen engagement is the voice of the common man. Governance works best when there is a balance between allowing council members the room to lead and allowing the community to express its needs. Whether outcomes are good or bad are a direct result of how councils develop and deliver services.

Governments have debated for many years about what is the best way to ensure efficiency at the local level. This issue calls to question whether the size of the government organization matters. For smaller locales, the question of regional consolidation has a major bearing on efficiency. Discussions about consolidation continue to evaluate whether consolidation results in greater or lesser efficiency. With no solid answers to date, local governments continue to explore whether there are less expensive strategies that enhance efficiency that are also less disruptive.

An example from a struggling state government teaches us many important lessons about the negative effects on citizens when they perceive that their government doesn’t have their best interests at heart.

Citizen’s General Perceptions of Wastefulness at the Local Government Level

The same poll indicated that citizens believed their states wasted 42 cents on the dollar and the federal government wasted even more at 51 cents for every tax dollar. The Gallup poll was based on 1, 107 adults. The figures represent a slight increase starting with 1985.

Political parties in the poll responded very differently. The Republicans felt that the gap in wasteful spending was 20 cents while the Democrats only felt there was a 7-cent gap.

Illinois: A Study in Inefficiency

To better understand the necessity of efficiency in local government, it helps to take a look at a state government where citizens voiced strong concerns over government inefficiency. Illinois citizens pay the second-highest property taxes in the county. This fact has left the taxpayers feeling like they’re being over-taxed and that the government isn’t spending their tax dollars wisely. Adding to the public concern is that legislators only got the budget plan, which was 1,245 pages long, hours before they were asked to comment on it.

Illinoisans point to two specific problems with government inefficiency—wasteful spending and pork-barrel spending. Pork-barrel spending refers to special projects that legislators put into the budget to appease citizens in their district. Such items may be better funded by other means.  The current budget plan under Governor Pritzker is out of balance by $1.3 billion according to the advocacy group, Illinois Policy. The group agrees that the line between the two categories can be a bit fuzzy.

The group estimates that this budget includes $54.2 million in wasteful spending which refers to spending on issues and items that don’t serve a useful purpose for the government or its citizens. Wasteful spending includes millions on an arts council that the Speaker of the House, Mike Madigan’s wife chairs. It also includes millions on programs that encourage bike riding and a recreational shooting complex. Tens of thousands of dollars are spent encouraging young people to take up golf and on monarch butterflies.

Pork-barrel funding usually goes entirely to districts of legislators that voted for the budget. Spending on pork-barrel projects includes millions to renovate the Uptown Theatre in Chicago, millions more for a Chicago neighborhood and a park, millions to renovate greenhouses at Southern Illinois University. And $2 million for a Madison County racetrack. Tens of hundreds of dollars also go into various parks for renovations, bike paths, foot running tracks, swimming pools, playgrounds, waterparks, and swimming pools.

So many people are leaving the state of Illinois in recent years, it’s become known as “The Exodus.”  Illinois’ population has decreased by 157,000 residents in the past five years. Illinois joins West Virginia as the only other state that is losing residents.

The IRS notes that Illinois citizens are moving to neighboring states like Wisconsin, Missouri, Indiana, Kentucky, and Iowa at a rate of about 40,000 per year. In fact, for the last decade, the IRS reports that the state lost 806,000 citizens citing reasons of declining manufacturing, stagnant immigration, declining birth rates, college students settling in areas with more opportunities, corruption, rising housing costs, warmer weather, and discrimination. About two-thirds of Illinois citizens think the state is moving in the wrong direction.

Once again, political parties play a factor in public opinion. Republicans are quick to blame high state taxes and an underfunded pension. Democrats tend to blame the lack of investment in education and infrastructure.

With every Illinois resident that leaves the state, the state loses revenue due to retail shopping, entrepreneurship, and taxable income. Migrating residents also take their talent with them. Between 1995-2009, the state of Illinois lost out on $26 billion in taxable income due to Illinois citizens seeking a lesser expensive life in another state.

Good governance requires transparency and accountability. The best way to do this is by implementing a board management software system and a Transparency Portal by iCompass where citizens can view budgets, meeting agendas, meeting minutes and more, directly online. Transparency at the local government level gives citizens opportunities to express their concerns and make informed suggestions to their council members before things get out of control. It’s much easier for citizens to accept tax increases when they’re aware of what the council is using the money for whether they agree with it or not. The state of Illinois shows us that there can be great consequences for inefficiency at any level of government.