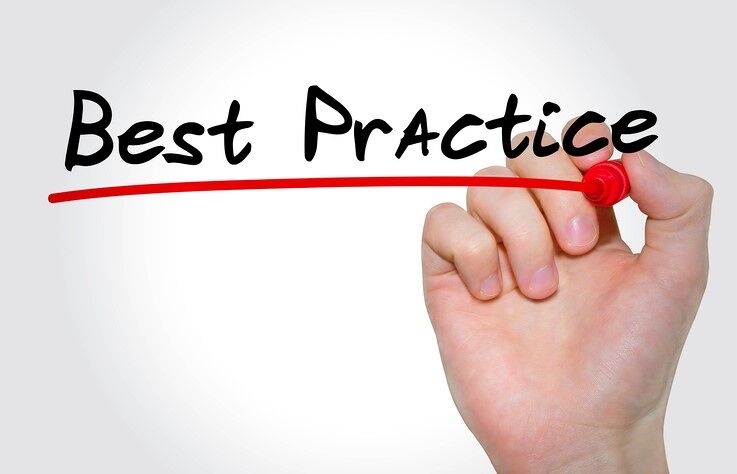 Do your school board meetings quickly devolve into a Parks-and-Recreation farce? Or do they realize the Jeffersonian vision of effective democracy at work?  Whether frustrated or satisfied, your district can do better – while checking all the boxes for open meeting requirements, data security, community transparency, open record laws, and ADA compliance. To take your meetings to the next level, follow these six best practices.

1. Prepare Board Members with Maximal Convenience and Security.

Gliding a paint brush or roller over a primed surface creates an instant transformation, and nobody works up a sweat. Such mastery is possible only if the far more arduous surface prep is done right: the taping, priming, paint-matching, and furniture-covering. So too, with meetings. The meeting itself will get business done almost effortlessly if the board comes fully prepared. The chairperson can make that happen with a careful game plan:

Start with a portal that facilitates role-based authorizations. With role-based authorizations, various constituencies have access to different versions of the same document. When a board member clicks on “meeting materials,” she sees unredacted reports that convey all the sensitive details about delicate controversies. When a member of the public clicks the same tab from his terminal, he sees a scrubbed version of the same document.

The security advantage of portal-based distribution goes even farther. Counterintuitive to old-timers, electronic documents are far safer from theft or snooping than are paper copies. Paper gets left behind at coffee shops and airplanes. Anyone who can break a window can snatch them overnight. Electronic versions require multiple passwords to gain access. They’re even safe from hackers, but only if the portal has full 256-bit encryption, with storage on a private cloud-based server.

The right portal even accommodates updates. If an editor changes a document, every user’s version (with whatever level of redaction they enjoy) is changed instantaneously online. Whoever accesses the portal sees the newer version. A tracking system using consistent nomenclature makes it easy to keep evolving versions straight.

2. Choose the right place and time.

Open meeting laws already limit where meetings can be held. The venue cannot offer anything for sale; it must be reachable to the disabled in a convenient place; it cannot offer things for sale. In addition, it’s important to choose a site that sets the right tone for productivity in your community: a mahogany-lined city office conveys expectations of formality, while a refurbished factory creates a “serious millennial creative” mood. Match the vibe to the local culture.

Consider various constituencies as you set the time of the meeting. Los Angeles found that most working parents could not attend a 4:00 PM meeting. Choosing a later time boosted attendance overnight.

Boards lament after meetings devolve into name-calling and temper tantrums. If you want civility, ask for it. Studies show that conduct improves measurably if simple standards are visible to all. Examples include “The dignity of every participant shall not be assaulted by verbal assault or innuendo” and “The chairman determines who holds the floor. He shall do so fairly, for the sole purpose of keeping order.” When chaos breaks out, impartial ground rules can equip the Chair to break it up without the appearance of favoritism.

Other messages establish a tone of mutual courtesy. The mission statement of the district unites attendees around a shared purpose. Less formal ground rules also prevent bullying. The Rotary Club posts three questions for would-be contributors to meetings: When preparing to say something, one should ask four questions: (1) “Is it truthful?” (2) “Is it fair?” (3)” Is it beneficial to all?” and (4) “Will it build goodwill?” While posting of the Ten Commandments has been shown to elevate the conduct in a room, separation of church and state makes it a bad idea. Stick to secular admonitions.

It may reassure attendees if you post other ground rules dictated by open meeting laws. Let everyone know without asking that no participant is required to register his name; still or video cameras are permitted, with resulting footage to become a matter of public record; the meeting can be broadcast; and criticism of the school board is permitted.

4. Comply with the ADA and say so.

Cambridge Public Schools raised the bar by posting on their website the full compliance of the district with the standards of the Americans with Disabilities Act. To keep everybody on their best behavior, and to prevent future suspicion, both the agenda and the meeting should declare the meeting compliant, with an opening message like this one:

Springfield is committed to compliance with the Americans with Disabilities Act (ADA). If you require assistance in participating at a public meeting due to a disability, as defined under the ADA, reasonable assistance, adaptations, or accommodations will be provided upon request. Please contact the City Secretary’s Office, at least three (3) days prior to the scheduled meeting date, at (123) 456-7890 or at Town Hall (25 Main Street) for additional information; TTY users route through Relay Missouri at 711.

To live up to this laudable claim, meeting materials posted online should also be full accessible across multiple devices, accommodating for an array of sensory and cognitive limitations. Most portals do not provide both these features; claims to ADA compliance are often cited and seldom substantiated.

5. Use a “full-service” agenda to create structure.

If you think of an agenda as a mere list of topics to be covered, think again. The right agenda puts related readings at users’ fingertips, clarifies the specific action to be taken on each topic, and announces Closed Sessions. As a result, the meeting accomplishes more in less time. A solid working agenda includes these elements:

Prevent even the appearance of secrecy by stating on the agenda exactly when (and why) a closed session will be held. It’s a good idea to copy here the exact phrasing of the state law that governs closed sessions.

Does everybody want to talk at the same time?  Cut through the din by having speakers sign up in advance to speak for a set time period on one topic only. Tulsa Public Schools even has the registration process include signing an acknowledgment of the time limit. If someone passionately wants to speak without having signed up, you can tell them to sign up for a speaking spot at the next meeting. Other districts allow 10 minutes after the named speakers for one or two speakers to queue up with relevant comments on a timely topic.

To further pre-empt meeting derailments, consistently use Robert’s Rules of Order.  Such rules turn the chairman from a frantic lion tamer into a polished orchestra conductor.  Granting the floor remains his prerogative alone.  As someone interrupts, the Chair can simply say, “Raoul (the previous speaker) still has the floor.”

Timely posting of minutes goes far to cement a sense of order and seriousness. With the right board portal, the Secretary can create state-of-the-art transparency. BoardDocs makes it possible to post not only the minutes, but also video footage of the meeting. The two can appear seamlessly on the portal. It helps future researchers and journalists, putting firmly to rest a spirit of suspicion that the board is hiding incriminating information.