The Future for M&A Transactions 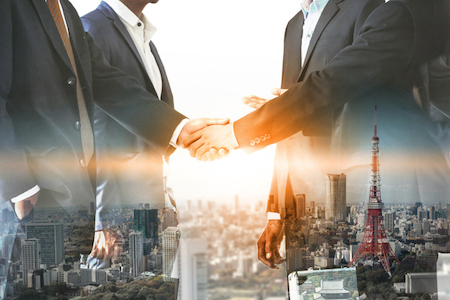 In 2019, cross-country deals plunged and there was a rise in larger mergers and acquisitions (M&A). A slight decrease in geopolitical risk, which is subsiding, may encourage more companies to go after more deals across regions in the coming year. Experts attribute market uncertainty and regulatory scrutiny of deals as the main reasons for companies’ hesitation to expand beyond their geographical borders. However, there are some indications that conditions are ripe for continued future M&A acquisition growth within the next few years.

A Review of Global M&A Activity

The year 2019 was the fourth-strongest for deal making, according to data from preliminary figures published by Refinitiv, a financial data provider. The value of M&A the world over totaled about $3.9 trillion in 2019. Cross-border M&A deals were at the lowest level within the last six years, with a rate of $1.2 trillion in 2019, which was down 25% year on year since 2013.

JPMorgan Chase & Company’s global co-head of M&A said, “Companies were more comfortable this year doing deals within their own regions given the macroeconomic risks such as the trade tariffs and Brexit, so cross-border M&A was down.”

Large deals are on the rise. Financial experts attribute that to strong stock performance and cheap financing, which make it easier to go after transformative acquisitions. The number of M&A deals that were worth over $10 billion increased 8% year on year. There were 43 such transactions in 2019, which was the highest level since 2015, according to Refinitiv. Of those deals, 21 of them were worth more than $20 billion. Those transactions made up almost a fourth of the volume globally in 2019.

Britain is Europe’s largest M&A market, and deal making in that country fell 4%, to $220.6 billion year on year. Much of the year focused on how and when Britain would leave the European Union. Last year was a better one for private equity funds in the United Kingdom, where the market was quite active. Cyrus Kapadia, the chief executive officer of Lazard Ltd.’s British operations, said that they’ve carried out a number of equity funds, including Merlin Entertainments, Sophos and Cobham.

Political turmoil also had a negative effect in other regions. In Hong Kong, political unrest related to the country’s pro-democracy movement unsettled dealmakers in the western region. The economic slowdown in China also led to a decline in M&A volume in Asia, where the country fell 14% year on year, to $380.3 billion.

Goldman Sachs’ co-head of M&A, Gilbert Pozzi, said that most of the transactions took place in the United States; the U.S. accounted for nearly half of global M&A volume in 2019. Around 1.8 trillion deals were announced in the United States last year. This figure represents a 6% increase from the prior year. Europe and Asia followed behind distantly with slightly over $740 billion worth of M&A transactions that were announced in each region.

The biggest deals of the year were completed by Bristol-Myers Squibb, which made a $74 billion acquisition of Celgene Corporation. The defense contractor Raytheon Company merged with the aerospace business of United Technologies Corporation in a $135 billion deal. In another major deal, AbbVie Inc. purchased Allergen Plc, the manufacturer of Botox, for $64 billion.

Viable Potential for M&A Activity to Pick Up Speed

Some financial experts point to the increase of the global market, which have increased to over $25 trillion in value over the past decade. They also point to $13 trillion worth of bond yields below zero as the reason to question whether a recession could be looming that would slow down deal making, although these have not been reasons that have caused a slowdown in the past. Experts predict that the next recession won’t be anywhere as debilitating as the 2008 financial crisis.

Perella Weinberg Partners’ Chief Executive Officer Peter Weinberg said that he suspects strong companies may try to gain from a drop in corporate valuations to pursue their dream deals.

The Impact of the Trump Administration

The economy in the United States grew 2.9% in 2018, but forecasts for 2019 may only account for around 2.5% growth, due to the fading impact of U.S. President Donald Trump administration’s recommendations for tax cuts and the slowdown in global growth. At this level, dealmakers say the environment would be conducive to more transactions.

Sullivan & Cromwell LLP partner Frank Aquila opines that when the economy is lukewarm, it’s an ideal climate for acquisitions. He explains that companies need M&A activity to ensure growth and the feeling among business owners is that this type of climate is strong enough for CEOs and boards to have a sufficient comfort level to pursue deals.

The United States and China are close to signing their Phase 1 trade deal and Britain’s Conservative Party enjoyed a strong electoral victory, which provides greater insight on the country’s time frame for Brexit. With these developments, some of the more concerning geopolitical risks that have weighed heavily on cross-border M&A from last year are becoming a thing of the past. Overall, M&A companies are getting a greater comfort level with global changes. Some deal advisors don’t believe that M&A volumes are anywhere close to a ceiling because the numbers are below their long-term averages when we view them against the value of equity markets or global economic growth. Citigroup’s global co-head of M&A, Cary Kochman, says that the level of M&A activity is good; however, there’s real potential for an upswing.

As M&A activity is predicted to increase over the coming year, it’s prime time to look for the right virtual data room, which can make a significant difference in closing deals. Diligent Corporation’s virtual data rooms give you the ability to know who has visited the room and which documents they’ve seen. Due diligence is an important part of deal making, and Diligent Corporation is an industry leader in software for good governance.