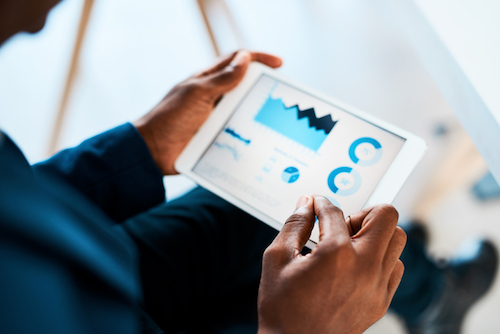 M&A activist campaigns have been growing over the last few decades, and last year, they reached a record number. It’s possible that activism is increasing because the number of activist investors joining boards has increased. As activists join the board, they can place a lot of pressure on the other board members, creating new tensions in the boardroom. When an activist activity gets going, it often moves rapidly — faster than many board members can follow or are comfortable with.

Boards can get through these challenging and confusing times by being aware of the effects that activist board directors can have on a board and being open to their ideas while continuing to gather the facts and hear all sides of an issue.

In 2019, more than in any other year in the past, M&A activists voiced their opinions strongly for companies to put themselves up for sale or to divest their assets. The number of M&A campaigns totaled 99 in 2019, according to Lazard’s shareholder advisory group. This represents 47% of the activist campaigns that began in 2019.

In about 60% of the M&A campaigns, activists were encouraging the board to agree to either sell the company or to consolidate with another company within the same industry, according to Activist Insight. Among the other cases, about 20% pushed for a breakup or divestiture. The remainder of the campaigns sought to intervene in an existing deal.

It’s no coincidence that boards have taken on more activist board directors. Eighty-three companies added activist board directors in either 2017 or 2018. Of those companies, more than half were either sold or participated in a significant divestiture between January 2017 and August 2019. Of those same companies, 25 were acquired and 17 of them divested a meaningful amount of their assets. It’s possible that other companies explored M&A activity, but didn’t find a suitable solution.

M&A activists were more apt to go after smaller companies — those with a market capitalization of between $100 million and $500 million. Small companies that engaged in M&A activity represented 43% of the campaigns within the first three quarters of 2019. They also represent 21% of the Russell 3000 companies.

Navigating M&A Activists on Your Board

It’s common for M&A activists to have an agenda in mind as they accept their seat or seats on a given board of directors. New board directors may be inclined to make changes to management’s plan or to replace members of senior management altogether. They also may be motivated to make a push to sell a failing company or divest all or part of its assets.

Such strong opinions on the board can disrupt its previous dynamics, for better or worse. Often, the addition of an M&A activist director creates steep tensions on the board. Previous board directors may feel as though they’re under attack. New information comes at them swiftly in formats that they’re not used to. Suddenly, they’re being asked to decide and to act quickly without feeling like they have all the information they need to make the important decisions they’re being asked to make. Board directors have to be careful not to go on the defensive. If they attempt to marginalize the activist board director, they could be in violation of a settlement agreement and it will increase any existing hostility on the board.

This is an important time for the board to have all board materials in advance of a board meeting. For boards that use Diligent Corporation’s board portal, this is never an issue, as meeting planners can upload documents as soon as they’re ready and board directors can access them in real time.

For example, Nutrisystem gave two board seats to Legion Partners Asset Management in October 2018. Less than two months later, the company announced its sale to Tivity Health for $41.3 billion. Campbell Soup Company added M&A activist investor Daniel Loeb, of Third Point, and another activist to its board and they pushed to sell the company. Ultimately, the company divested $2.47 billion in product lines. Symantec also added two activist investors to its board in 2018. Within 10 months, they made a push to sell the company to Broadcom, but the deal fell through. The company later agreed to sell its enterprise security business to Broadcom for $10.7 billion.

In the grand scheme of things, deals that are driven directly by activist investors make up just a small part of the M&A landscape, overall. Despite that, the impact of activist investors is spreading quickly from the United States to Europe and Asia-Pacific. The threat is strong enough that some companies have taken measures to prepare for the potential of facing activism. The trends indicate that larger public companies could also be facing M&A activism in the very near future.

Preparing Your Board for M&A Activism

It’s never too early for your board to start preparing for an activist investor to join your board. Be mindful that all decisions should be made by the full board. It’s not appropriate for a lone board director to explore alternatives without the knowledge and consent of the rest of the board.

There are other precautions boards can take when an activist investor will soon join the board. This is a good time to update board policies to ensure confidentiality. Policies will also help to establish guidelines to communicate with stakeholders about a potential change in strategy.

As an activist investor gets added to the board, it’s wise to open up the lines of communication between the activist fund’s general counsel and the company’s general counsel to clarify board policies, securities filings and insider trading policies. Boards should also expect that activists will take a fresh look at their strategic plan and challenge it. Finally, regardless of the circumstances that brought about the activism, board directors must always put the best interests of the company before anything else.