How to Create a Standard for Executive Pay for Performance 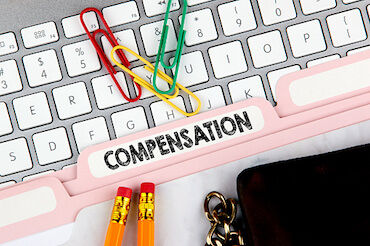 The premise behind pay for performance is essentially equal pay for work of equal value. Each company has their own philosophy and culture around how to create a fair standard for appropriate incentives and how to recognize excellence in performance.

Pay for performance is a hotly debated topic in corporate circles. Companies have complete flexibility in deciding how to compensate their CEOs, executives and other employees. It's reasonable for companies to have uniform guidelines and for their guidelines to support good governance principles. Pay for performance structures generally consist of some combination of six basic components.

Changes and Trends in Pay for Performance

Taking a historical look back at pay for performance structures prior to the 1980s, we see that most companies offered their executives a basic salary along with some sort of bonus structure. The takeover movement in the 1980s motivated companies to offer their executives compensation plans that were tied to stock prices.

During the 1990s, companies began placing a heavier focus on shareholder value. With the intent of aligning the interests of managers with those of stockholders, companies started trending toward adding stock options to compensation plans.

Unfortunately, this change didn't work as well as most companies hoped it would. Inflation began to decline and interest rates began to come down, which became factors in increasing stock indexes. The result was that stock options tended to reward both superior and subpar executive performances.

As past trends in pay for performance haven't yielded the best approaches to pay for performance, Harvard Business Review suggests three specific ways that companies can take a fresh look at how to incentivize executives appropriately:

Because of the complexity of executive pay for performance structures, most boards set up an executive compensation committee to do the legwork associated with structuring pay plans. Most companies select from six basic components for pay for performance plans, including a basic salary, employee benefits, perks, short-term incentives, long-term incentives and a severance package.

As a rule, executive compensation committees start designing compensation plans by setting a base salary for each executive position. The level of pay is based on several factors, including the type of industry, geographical locations, executive experience, competitor salaries for the same position and other pertinent information. Executives receive their base salaries monthly or biweekly in the form of an employment check or a direct deposit into a checking or savings account.

Senior executives also get all the same benefits as other employees working for the company. They enjoy some combination of benefits, including health insurance, Social Security benefits, workers' compensation insurance, unemployment insurance, vacation pay, sick pay, holiday pay and access to retirement plans.

As an added incentive, companies may also offer perquisites, or perks, to executives as a way of rewarding them for taking on important responsibilities. Such perks may include rewards like providing them with a company cell phone, company car, laptop computer, tablet or other equipment. Companies usually also reimburse employees for travel expenses.

Boards have a tall order in developing executive pay for performance plans that truly reflect rewards for senior executives who go the extra mile for creating shareholder value and increasing corporate profitability. Addressing executive compensation is just one of many critical duties that boards analyze every year. Digital governance solutions make the task of creating standards for pay for performance and all other governance issues easier and more efficient.

Diligent Boards is a board portal system that offers a secure platform in which boards and compensation committees can work using a highly secure, confidential program. Diligent Boards offers unlimited, cloud-based storage for agendas, minutes, board reports and other important documents.

Diligent Messenger is a communications tool that offers board directors a secure way to communicate without ever leaving the board portal.

Executive compensation committees may opt to use one of the secure, virtual data rooms to collaborate, exchange documents, explore trends and develop their standards for pay for performance.