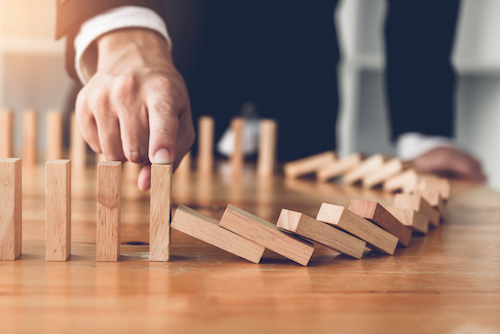 Crises can strike a company at any time for a variety of reasons and that is why private equity firms need to pay attention to their crisis management risk and the plans to support any issues. Even with the best risk management plans in place, fraud, cybercrime, negligence, bribery, issues with supplies, and health and safety concerns are just a few of the issues that companies may have to face at some juncture. Since it's not possible to predict the unknown, boards need to know that there's a crisis plan in place to help them recover from it as quickly as possible. By addressing critical issues confidently and successfully, boards will weather unexpected crises without suffering long-term negative effects. When crisis management goes as well as possible, it helps to restore the trust and confidence in the leadership and to result in a positive reflection of the company.

When we look at a couple of examples of companies that didn't manage crises very well, it's easy to see the consequences and how the lack of confidence in the company resulted in a drop in sales and profitability.

Examples of Companies that Struggled to Recover Reputational Damage

The fast-casual Mexican food chain Chipotle gave us a fairly recent example of a company that made several critical mistakes during a time of crisis. Chipotle was founded in 1993 and enjoyed a spotless reputation for close to 20 years. The founders branded their restaurants as 'food with integrity' and the unique style of healthy food quickly became popular.

In the early 2000s, the Centers for Disease Control (CDC) received various reports of issues related to foodborne illnesses linked to salmonella, E. Coli and norovirus. Upon closer investigation, many of them couldn't be traced back to any particular Chipotle restaurant or reflected minor incidences. In 2015, there was a larger outbreak of E. coli-infected food that was directly traced back to Chipotle restaurants. The outbreak resulted in 55 cases of people with E. coli bacteria in 11 different states. In all, 21 people required hospitalization.

In an effort to minimize the damage, the company's then-CEO, Monty Moran, initially seemed to blame the CDC and the media for sensationalizing the severity of the matter. He failed to apologize publicly for it and didn't acknowledge the extreme nature of the illnesses or the problem. In addition, he didn't express how the company was handling the issue once the information became known. As a result of the crisis and how it was handled, store sales remained negative and average store sales shrank by double digits.

The automobile manufacturer Volkswagen also experienced a crisis in 2015. Large numbers of their autos were failing emissions testing. The Environmental Protection Agency (EPA) accused Volkswagen of manipulating the controls in the engine so that the autos would pass the test. The changes to the autos violated the Clean Air Act because the company was selling automobiles that failed to comply with environmental requirements. In deceiving the government and the public about being environmentally friendly, the company violated consumer trust.

Volkswagen leaders continued to handle the crisis poorly, as they contradicted previous statements about whether they knew about the cheating. Volkswagen's public relations people struggled to keep up with the issues and with what was being said about it in the media.

The company put out a recall, but shortly after that, they made the situation worse by promising to reimburse some auto owners and not others for their trouble. Volkswagen customers felt that the company had failed to own the problem. Sales dropped in Europe in 2015, with a decline of 26.8% compared with the same time the previous year. The decline in sales was attributable to reputation damage.

Planning and Preparing for Crisis

Response, recovery and remediation are all essential elements of a crisis management program. Private equity firms need an agile crisis management team that can assemble quickly and put their crisis plan into action.

Allegations, whether they're true or not, affect the entire organization and its reputation. It's wise for crisis management teams to take an approach that considers all functions and departments in designing the crisis management plan. Once the plan is set, the crisis team should test it by practicing it in a simulated tabletop environment and conducting periodic test runs to ensure that it works as planned.

A member of the C-suite who has authority over the entire organization should be designated to oversee the crisis plan so that there is no doubt about who the ultimate authority is.

Private equity firms should use the same five-step crisis management plan for their portfolio companies as well because a crisis that affects a portfolio company can also greatly impact the firm's value and returns.

It's far better for boards to ensure that they have a crisis management plan on deck and ready to go rather than to be scrambling for resources at the last minute and making decisions on the fly, which could cause irreparable damage.