Public Markets vs. Private Markets: How the Market Is Shifting 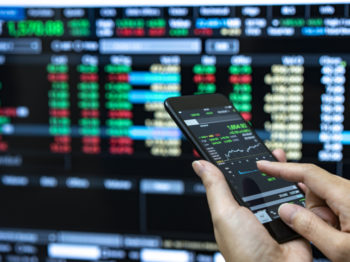 In 2018, global private equity net assets grew twice as fast as the public markets and at 7.5 times the growth in the last 100 years. The rate of rapid growth within the private markets has put them solidly into the mainstream market. At the same time, public markets have fallen by just under half since 1996. These statistics cause some large investors to believe that private markets are becoming good vehicles to get diversified exposure to global growth, and they may be necessary to achieve growth at all.

Deal volume hit a record number, which just passed the number from the pre-crisis peak in 2007, even though the number of deals remained flat for the fourth year in a row.

There's been a slowdown in fundraising, and venture capital is trending strongly. Megafunds are also trending strongly. Companies are increasingly turning to digitization to help streamline data and find new connections between data to help them achieve economic growth.

All signs point to a possible downturn in the market in the near future. While the trends have made gains in some areas and losses in others, financial experts project that the next downturn won't likely be significant.

While there's been a broad-based slowdown in fundraising, the numbers aren't too far behind those of 2018. Most asset classes in nearly every region fell just a bit. On a positive note, the AUM hit an all-time high of $5.8 trillion. Venture capital markets capitalized on over 10 years of strong returns and had their best year since 2012. Overall, the results in late 2018 suggest much optimism for the final 2019 results.

Real asset classes performed better in both countries, which was largely driven by an upswing in megafund activity of $5 billion funds or more. Eight megafunds raised over $68 billion since 2013 and three of those in 2018. In real estate, 15 megafunds have been raised since 2013, and four of those were raised in 2018 alone. The growth of the private market infrastructure is trending strongly in both countries.

U.S.-based managers raised Asian-focused real estate funds to the tune of 21% in closed-end real estate, which represented growth of 75%. China issued new asset management regulations, which prevent nonfinancial groups from borrowing capital for the purpose of investing in private equity and venture funds. In addition, they prohibit commercial banks from using the proceeds from the sales of short-term wealth management products to invest in private equity. These initiatives have made fundraising more challenging and constrained capital flows into the private markets.

Megafunds are taking in a great share of funds raised. Between 2007 and 2012, 32 of the funds in the $5 billion-$10 billion range were raised. Since 2012, 75 funds have been raised. Of the 75 funds, 19 funds were raised in 2018 alone and they gained 20% of private equity fundraising. continentaMegafunds accounted for 29 percent of total private market fundraising in 2018, up from 15 percent three years earlier.

Funds at $10 billion and greater rose slowly. Eighteen of these funds were raised between 2007 and 2012, with a total of 25 funds in the last six years.

Capital deployment remained steady throughout 2018. Deal volume rose while the deal count remained level. Deal volume reached its highest point as it finally surpassed the level from 2007. It topped out at $1.4 trillion in 2018. Dry powder also increased and reached a new high. North America took the lead in raising capital; it rose by 20%. In Europe, deal activity also peaked, with $485 billion invested in 2018. This is up 5% from the previous year and 13% in total since 2015. In 2018, 19 deals of over $5 billion closed in North America and Europe. There were 15 mega deals in 2017 and nine in 2016 in the two regions.

Markets Are Digitizing into the Future

Forerunners in all markets are increasingly investing in digital capabilities across the board. Digital processes are maturing and becoming a major factor that will surely take the marketplace to new thresholds. Companies are increasingly investing in digital contact management systems, thus improving their efficiency. They are also using alternative data and machine learning to analyze characteristics of tens of thousands of deals to help identify key drivers of success for deal profiles. In addition, natural-language processing (NLP) and textual-analysis algorithms will help companies enter deals earlier in the process. NLP makes it possible to scan tens of thousands of pages of documents and produce faster, sharper answers.

Private markets have long stood the test of time as alternative markets. All that is changing as they are now becoming essential components for investors to gain exposure to other pockets of economic growth. Today, we have more GPs than ever before in private equity and more LPs adopting the GP playbook. More companies are being taken private and being kept private.

The strength of private markets has been strong steadily enough that a downturn in the market is looming in the near future. While the recent changes are vastly different than the market saw in 2007, all indications are that the next downturn will have less impact than the previous recession.