What the Blackstone Shift to Individual Investors Means 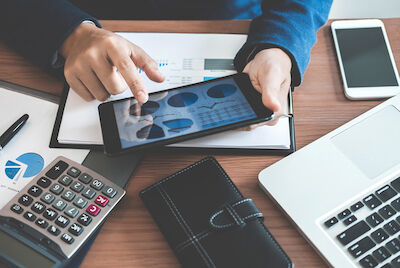 As Blackstone opened up this market, so did other investment firms. While this shift in strategies has been a boon after the financial crisis, it remains to be seen if it will outlast the bull market.

The Shift to Individual Investors

Retail investors look at their investments from a different perspective than institutional investors, which makes some investors hesitant to invest in Blackstone. With a 10-year lockup on traditional buyout funds, such investments aren't attractive for individual investors that may need to free up cash other than pension funds or other wealth funds. Private capital funds tend to have higher fees than liquid pools.

Joan Solotar is the Senior Managing Director for Blackstone and she says that their fees for retail offerings aren't much different from fees for private equity funds. Interval funds and private real estate investment trusts can help with liquidity needs for individuals who invest in alternative assets. Solotar says they target individual investors in the $1 million to $5 million range because they are under-represented in the alternative investment arena. This group represents around $30 trillion, or 44% of the global individual investor market. Blackstone reaches this segment primarily through arrangements with Morgan Stanley and Bank of America Corporation.

Blackstone built its $571 billion empire primarily on leveraged buyout funds and large real estate investment pools. In recent years, Blackstone has expanded its offerings to include real estate funds with the goal of almost doubling their assets in six years and acquiring a more regular stream of fees. Blackstone has had success in this market as it pulled in $26 billion from individual investments, which is slightly under 20% of its total fundraising. Private equity was at $26 billion and real estate pools were at $20.5 billion. Investments ranged between $2,500 and tens of millions of dollars. Financial experts believe that the retail business could expand even larger in the future.

Blackstone is a major player in the market, and other investment firms are also opening up to the idea of marketing to individual investors. For example, Goldman Sachs Group Inc. and Morgan Stanley are also moving in this direction to help diversify their funds.

A major portion of the individual investors came from the Blackstone Real Estate Income Trust (BREIT) and this group is at the heart of the firm's retail strategy. BREIT is a three-year-old vehicle and it closed out 2019 with $13 billion in assets, which was triple the amount from the previous year. BREIT added another $1.4 billion as of the first day of 2020 as it formed new partnerships.

Solotar stated, “For a lot of people, BREIT is the first alternative investment they put in their portfolios.”  Blackstone now offers a variety of credit, hedge fund and real estate vehicles to individual investors. They aim to launch about one new product a year. Blackstone President Jonathan Gray stated that BREIT has the potential to become one of the largest economic contributors to the firm.

BREIT owns mostly apartments and warehouses, which tend to be stable, income-producing properties in a market that shows continued promise for growth. In some recent multi-billion-dollar deals, BREIT bought the MGM Grand, Mandalay Bay and Bellagio Las Vegas casinos.

In 2019, BREIT received new inflows of 73% for its asset class. This vehicle nets annual dividends of 5% or more, and with low interest rates, which makes it an attractive fund for individual investors.

Some are concerned that individual investors will not be as interested when the bull market ends or if interest rates begin to rise. Individual investors may be turned off by the high fees if returns aren't strong. To date, BREIT has posted annualized returns of around 10%, so it doesn't appear to be a concern for the near future.

BREIT Is a Small Part of Blackstone's Business

The average investment in BREIT stands at around $130,000, which is a minuscule amount compared with the hundreds of millions of dollars that pension and sovereign wealth investors are pouring into Blackstone's funds.

In the aftermath of the 2017 tax law, many private equity firms opted to dissolve their partnership structures and their share prices quickly skyrocketed. The changes brought Blackstone's market value to around $75 billion, which is gaining ground on Goldman Sachs, which is valued at $85 billion.

Blackstone hopes to keep the momentum going by promising its investors a steady growth of locked-in fees. Blackstone claims that $103.7 billion, or 18% of its assets, were perpetual at the end of 2019. The firm hopes to increase that percentage as it pursues its goal of $1 trillion in assets by the year 2026.

To date, only the wealthiest individual investors can take advantage of Blackstone's private equity offerings. Standing regulations place restrictions on smaller investors from investing in funds that have over a certain percentage of illiquidity. There is some hope on the horizon that those restrictions could change. To help weather market conditions, the US Securities and Exchange Commission (SEC) is open to looking for new ways to expand the number of individuals that can invest in private securities offering, hedge funds and private equity funds.

Blackstone's Chief Legal Officer, John Finley, has mentioned a proposal that could be forthcoming. The SEC may allow retirement funds with longer investment horizons some ability to invest in illiquid assets. If that occurs, it could allow Blackstone to participate in the 401(k) pool, which is the largest vehicle of all.