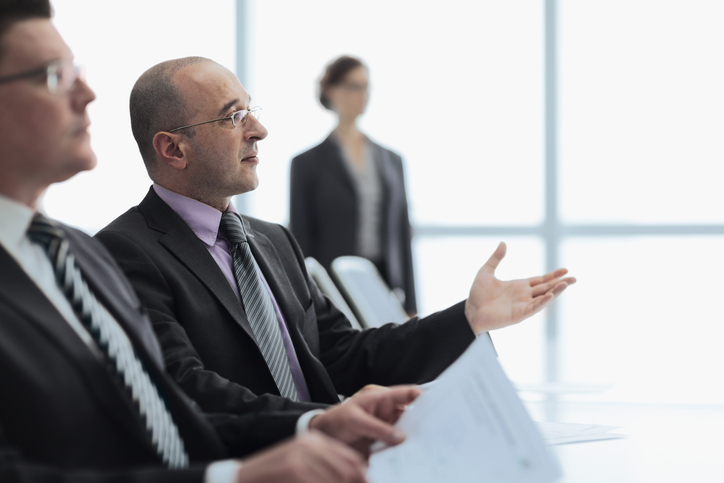 In recent years, there have been growing concerns about conflicts of interest with respect to proxy advisory firms. New and additional concerns related to proxy advisory firms are looming as well. Last November, the U.S. Chamber of Commerce Center for Capital Markets Competitiveness (CCMC) and Nasdaq's fifth annual proxy survey highlighted that the concerns of many corporations are continuing to get worse rather than better. In addition to concerns about potential conflicts of interest, boards and others are concerned about inaccurate information and robo-votes. The 2019 survey polled 172 companies, and 19% of the respondents said they'd been challenged by conflicts of interest. This percentage was up from only 10% the previous year. Tom Quaadman is the executive vice president at the CCMC. Quaadman expressed his concerns about the lack of oversight and transparency at proxy advisory firms. He continued to say that he believes the lack of transparency has degraded the quality of information that investors rely on to make informed voting decisions. While many related parties are interested in new legislation or policy reform to help appropriately manage relations with proxy advisory firms, there is little real movement on this front at this point.

The Lack of Transparency at Proxy Advisory Firms

What Do the Proxy Firms Have to Say?

Subodh Mishra is the executive director of communications at ISS. He responded to the survey by saying, “…as a Registered Investment Adviser, ISS takes the fiduciary duty of loyalty very seriously and has developed a comprehensive program to manage potential conflicts of interest as required by the Advisers Act and related SEC rules.” Mishra also pointed out that ISS Corporate Solutions, which is also known as ICS, is a wholly owned subsidiary of ISS and that they are in the business of providing governance data, analytics and services to corporate issuer clients. Mishra emphasized, “ICS does not and cannot provide any client with any assurance as to how ISS will recommend with respect to the matters that appear on any client’s proxy statement.”

Glass Lewis declined to comment on the survey's results.

NASDAQ Vice Chairman Ed Knight believes proxy battles are an increasingly costly distraction for public companies. He is in favor of a proxy system that is transparent, accurate and verifiable, and one that is oriented toward long-term value creation. Knight feels that reform is essential to constructive shareholder engagement and the ability of companies to successfully operate public companies.

Tom Quaadman hopes that the survey will help to inform ongoing efforts around proxy advisory system reform. Quaadman also stated that CCMC looks forward to working with the policymakers and the SEC to improve the transparency, accuracy and relevancy of the process for recommendations by proxy advisors.

As a start, last November, the SEC voted to propose amendments to rules that would govern proxy solicitations to improve disclosures by proxy advisory firms to their customers about conflicts of interest. If the rules should be finalized, they would also give companies a reasonable amount of time to review and provide feedback when they detect errors or misinformation in proxy voting recommendations.

The SEC Chairman Jay Clayton approved the proposal. Clayton said the rules acknowledge the important role that proxy advisory firms play in the marketplace and how their role benefits investors. He also acknowledged that investors rely more and more on the advice, services and reports of proxy voting advice.

Earlier in 2019, the SEC publicly issued proxy advisor guidance that outlines that any proxy voting advice that's given by request of the investors will be subject to the mandates for proxy solicitation under the Securities Exchange Act of 1934. ISS filed a lawsuit in federal court in Washington, D.C., last October asking to have the guidance set aside.