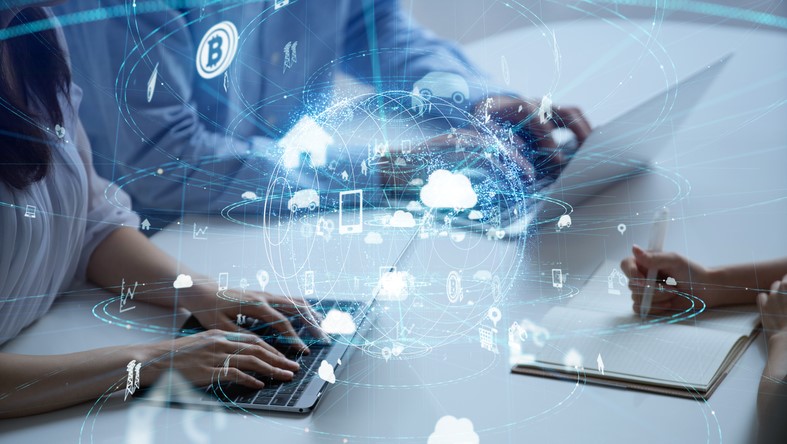 'Outside the world of catchy media headlines, the reality on the ground is that schools succeed and students achieve when the community is involved.'

Addressing constituents in The Charlotte Observer, this school superintendent has backed up his rhetoric with impressive action. His sizable school district in North Carolina is boosting community involvement by using simple software to provide any citizen with an internet connection with instant access to: vital school statistics; discussion items from future and past school meetings; official laws and records pertaining to the business of the school district; and related information found in newspapers or websites. The CMS board is taking transparency and accountability to the next level with simple tools made possible by BoardDocs software.

The CMS portal will offer instant access to the agendas of upcoming meetings, information on topics facing the educational community, minutes of meetings and historical records. It's a virtual access revolution; anyone can find relevant information all on one screen ' with Word docs alongside URL links alongside embedded videos. A district might post live footage of past board meetings in lieu of minutes. The agenda itself might offer a skeletal overview of topics to be covered ' but also links to specific laws or articles covering the topic in depth.

In addition to this collection of information, CMS will use BoardDocs to create 'a first-ever digital dashboard for school data, including school-by-school information on enrollment, graduation rates, college and career readiness and end-of-year test scores.' Any parent or employer can instantly see an easy-to-understand graphic representation of education outcomes. The district can respond to successes and failures more rapidly. While quarterly and annual reports may offer more in-depth analysis, results of initiatives can be known in real time by absolutely anyone. BoardDocs makes all of this citizen information available in a portal that is searchable, interactive and easy to maintain.

BoardDocs will give CMS the ability to make all of this information not only accessible, but also searchable. If one reader wants to know, say, the budgetary implications of a proposed program, he can search all of the documents on the portal for keywords such as 'budget,' 'cost' and 'projection.' Instead of reading, say, all 200 pages of associated documentation, he will be directed to the five pages that address his concern.

Readers can post their thoughts ' and read others' comments ' on the same site. An open school board meeting can start with most attendees already knowing the full range of views expressed. Meeting time itself can bypass the time-consuming task of information-gathering, moving right into the more important process of assessing the strengths of each argument.

Does this constant updating of the dashboard create more work for district officials? Surprisingly, the answer is no. BoardDocs offers goal-tracking software that creates barometers of progress made to-date toward prioritized objectives. The software retains pre-loaded formulas and existing data; new data (such as recent test scores) is quickly 'counted,' its impact on broader goals automatically measured and posted.

The multimedia portal requires little in the way of upkeep. Adding a new link does nothing to disturb the material already there. BoardDocs can even convert notes taken during the meeting into official minutes ' saving time rather than adding duties for the recording secretary. Updating the portal or the dashboard doesn't require much more time from human number crunchers and graphic designers.

In fact, the software actually reduces the extensive labor traditionally required for updating documents; the collaborative editing feature alleviates the most dreaded time sink of administrators everywhere: comparing different versions of a document with input from disparate commentators ' often without filenames that indicate the order in which they appeared or which ones incorporate the suggestions made by others. The software can allow only one authorized user ' the designated editor ' to update posts; she alone ensures that all new information is reflected in the most recent version of a document. That editor's job is made easier by the software's 'collaborative editing' feature: Comments by different readers can appear on a single page, with visible indication of who said what.

It exceeds legal requirements for accessibility.

Federal law requires school boards to grant all citizens access to the business of the board. Because BoardDocs is working closely with the federal Office of Disability Services, their software complies fully with the mandates of this recent legislation. Because BoardDocs is forward-thinking, their software actually achieves an even higher standard.

Concerned citizens have never had less time to gather the information they need to contribute their informed voices to local politics. CMS is engaging today's citizens at precisely the time that many face 'time poverty,' a new term for a condition unimaginable just a generation ago.

Open access to all of this information in one place gives citizens from all perspectives equal opportunity to participate as well-informed contributors in important debates. In the pre-digital era, each town might have had one crank who monitored police band radio, clipped articles from the daily paper and combed the state legislative library for various regulations that came to bear on a topic. Often a retiree volunteering her time, this mission-driven zealot came to every school board meeting armed with copious information. Like a biblical prophet, she would summon the entire community to its own highest standards (as she saw them) ' frequently facing ridicule as her reward. An awkward stalemate would ensue: The 'smartest person in the room' would lack a voting majority, and the 'reasonable' majority would lack the depth and breadth of information needed to adequately support their opposition to her ideas.

The internet made it easier for others in the community to research issues. Portals such as BoardDocs make informed participation in meetings possible even for those who face the strictest time constraints: often, parents. A 2016 survey by the Pew Research Center showed that both parents work in nearly half of American two-parent households (46%, compared to 31% in 1970). Single parents face an even tighter time squeeze, and their numbers are growing: 34% of children today live with a single parent, compared to only 9% in 1960.

Board portals make it possible for even the busiest person in town to contribute to meetings with the full arsenal of past board discussions, related legislation and perspectives covered in newspapers. A devoted single father or a working mother no longer must stand on the sidelines of knowledgeable civic participation.

CMS Dispels Fears of Board Secrecy

CMS finds these tools especially useful, as sunshine laws and privacy regulations make some constituents suspicious of secrecy on the school board. Superintendent Wilcox's letter in the

Charlotte Observer appeared in response to suggestions that the school board and the media were in cahoots to keep voters ill-informed. A previous editorial in the paper had charged: 'To CMS, the public is an annoyance.' He was able to counter these accusations with facts: CMS is building these public online resources at this very minute, in addition to holding nine community workshops, soliciting input on the strategic plan from various grassroots groups, and conducting surveys using materials in two languages with both paper copies and online counterparts available.

A Success Story for Our Times

Transparency. Accountability. Community Engagement. A young school official may deem these terms political buzzwords impeding his actual work. His experienced counterparts know better: Enthusiastic, trusting civic participation is the secret to his district's success. CMS shows how one district has harnessed sophisticated software to make these dreams a reality amidst the challenges of public suspicion, time scarcity and political scrutiny. Their example constitutes a timely model for other districts facing the same obstacles.