The Community's Role in Student Success: Charleston Shows the Importance of Board Transparency 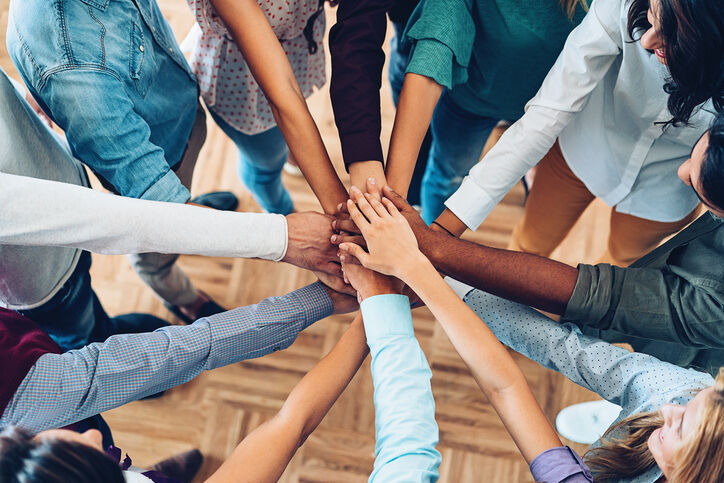 “We, as a community, take ownership.” With these words, a group of civic leaders and philanthropists in Charleston, S.C., threw their weight behind the quest for better schools. The Charleston case shows that the local community can contribute significant money, personnel and ideas to area schools. It also highlights the urgency of school board transparency. Do concerned citizens join hands with school boards in a unified effort, or do they stage a virtual coup d'?'tat? Robust, open communication with the public makes school boards more likely to find partners in the concerned citizens around them.

The Charleston area faces an equity crisis that is endemic in South Carolina. Nestled along the East Coast waterfront, Charleston is just a one-hour drive from Interstate 95 to the west. I-95 is known among educators as 'the Corridor of Shame,' hosting a string of 36 rural, disproportionately minority-dominated schools where students receive measurably less in facilities, teachers and opportunity. School is held in rotting buildings with standing sewage and stormwater and under collapsing ceilings. Paying the lowest salaries in the state, the area has more than its share of teachers receiving 'substandard' ratings. High school graduation rates lag far behind the state average.

An existing group of community leaders recently announced a slate of specific initiatives that it will support. In 2012, a group of Charleston community leaders formed the Tri-County Cradle to Career Collaborative (TCCCC) to create greater equity among districts. In a 'collective impact' approach, the group is offering leadership and philanthropic assistance to complement the contributions of others: innovative districts providing teaching labs; churches providing mentors; community groups offering homework assistance; and businesses offering apprenticeships. The TCCCC models its efforts on successful collaborations around the country.

A Spirit of Conditional Co-operation

The group deliberately intends to make a positive contribution rather than complain about gaps in service. To that end, the group is targeting its investments where it thinks change is needed. Will the school board be moving in the same direction with TCCCC? That depends largely on whether transparency makes the school board a perceived ally of the citizens who are eager to help.

The TCCCC promises to work with all other stakeholders in the three counties that it represents, as long as educational equity improves. The TCCCC could conceivably challenge the public school structure altogether. When their plans coincide with those of the school board, more contributors make success more likely. When they disagree with the school board, however, their philanthropy could conceivably undermine the work of the board.

At times, the group's efforts are wholly apolitical; the school board can only welcome the helping hand. For instance, the board must appreciate the TCCCC initiative to integrate existing pre-K services to future students; the group is connecting pre-school providers with officials of health-based initiatives providing newborn services and subsequent home visits by nurses.

While the tone of the TCCCC is positive, constructive and collaborative, its agenda could conflict with the priorities of the school board down the road. Unaccountable to voters and unconstrained by any debt of political favors, the group is lobbying to change laws ' paramount among them property tax laws that they see as benefitting speculators at the expense of rural school districts. The effect on school boards or their political allies is not known.

If they don't see the results they demand, the TCCCC could conceivably abandon the board-driven system of public schooling altogether. While the group does not lead with that threat, the group does keep that option open. In a recent interview with a local paper, TCCCC Chair Anita Zucker closes with a reminder that their allegiance to the status quo is entirely conditional on the attainment of certain outcomes: 'We are not na?'ve about the prospects for success, and should parents in our region decide that alternative forms of public education now need to be considered, we will give those voices our attention and support.'

Trust has never counted more. Board transparency is vital if the offer of assistance is to remain an adjunct to board efforts, not a parallel system competing for public funds. The public relations of Charleston's education officials have room for improvement. All school districts can learn from their example that proactive civic engagement and transparency make concerned citizens allies of the school board rather than competitors.

Distrust of school boards runs high in the Charleston area. The media maintains that the school board abuses its right to hold Executive Session, resulting in after-the-fact announcements falling on the ears of a bewildered and outraged public. In a recent chapter of that story, the school board 'announced' the location where a high school stadium would be built 11 days after they'd signed the contracts for construction. (The 'announcement' actually consisted of a journalist finding out the plans and publicizing them.) A resulting headline declares: 'Charleston's School Board Spends Millions without Public Input.'

The district is one of many that needs to engender trust by exhibiting unmistakable board transparency. Other districts around the country have improved community relations substantially by publicly posting the dates, agendas and minutes (even video footage!) of school board meetings. A robust portal can serve as a consistent venue where concerned citizens can turn for updated information. Some cities are even experimenting with non-traditional forums to invite input from citizens not usually represented at board meetings ' hosting online chats at specified hours to bring in younger voters and introverts who would not typically attend a meeting. They might even personally send an invitation to their meetings to citizens with contrarian ideas for the district.

Implementing such transparency initiatives creates public confidence. As concerned citizens grow determined to improve their local schools, their efforts are far more likely to support the work of the school board in the climate of co-operation that results. When the Secretary of Education questions federal investment in traditional public schools altogether, such collaboration is more important than ever.