What Is Reputation Management Software? 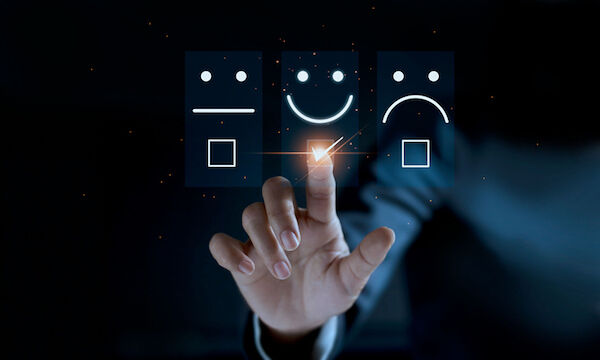 Companies put a lot of time and effort into creating strong brands. Corporate reputations are fragile, and it's vital for companies to protect their branding. With the speed of technology, corporate reputations can be destroyed overnight. Reputation management software can help prevent loss to the company's reputation by strengthening its reputation proactively.

Customers often make purchases based on the brand more than the advertising, which can affect revenue, market value and the quality of employees. According to Glassdoor, about 69% of people would reject offers from companies with poor employer branding, even if it meant having no job at all.

In reality, various departments and positions within a corporation have an impact on the company's reputation. The software that each of them uses can support a healthy approach toward reputation management.

Most companies use a combination of strategies to help manage their reputations. Search engine optimization (SEO), reputation marketing, employer branding and customer experience management are just a few of the ways that companies work to keep their reputations positive. Some companies have even added a position called Customer Happiness Manager or a similar title.

The popularity of social media has prompted companies to give more of their time and attention to social media. Social media is one of the first places customers will turn to say something great about a company. It's the very same place where they'll go to shout something negative about your company when they're unhappy. It's crucial for companies to listen to the comments on social media and to monitor and manage them to protect the company's reputation.

The media has an impact on a company's reputation. The public relations department has a responsibility to promote the company in a positive light and to get the proper signoffs before sending out press releases.

Companies have a host of other avenues to assess the company's reputation if they know where to look. In addition to paying attention to customers, businesses do well to check out comments about a company's reputation from multiple other sources. Employees, stakeholders and members of the community are all talking about your business. Check your call center notes, survey responses, social media comments, customer reviews and customer emails to see what they're telling you and everyone else about your company.

Customers and other stakeholders are interested in understanding your company's value proposition. They're interested in buying from and working with companies that foster an organizational culture that promotes shared values.

Besides wanting to receive quality products and services, customers want to know what else makes a company tick. Are they involved in environmental, social or governance matters? Do they participate in disaster relief efforts? Do they host any charity events or participate in philanthropy? Does the company have an enterprise-wide recycling policy? Often, these are the differences that lead customers to choose one company over another.

How a Company's Reputation Factors in Customer Loyalty

According to a study by Cone Communications, 90% of people across the globe said they'd boycott a company if they became aware that they received news of irresponsible behavior. Harvard Law studies show that companies that have outreach efforts have more loyal customers and they're willing to pay slightly higher prices. These companies are also likely to have less impact on reputational risks in crisis situations.

Companies that publicly exhibit strong ethics and are involved in their communities were also likely to enjoy strong reputations and to attract customers that care about their business.

How much reputational damage can one customer inflict? Singer-songwriter Dave Carroll landed at O'Hare airport in Chicago to find that his guitar, valued at $3,500, had been damaged by the baggage handlers from United Airlines.

Carroll assumed that United, being a major airline carrier, would reimburse him for the damage. Unfortunately, United denied his claim. Carroll then spent the next nine months sending emails, making phone calls and trying to bargain for some type of compensation for his loss. When United denied his final request for $1,200 in flight vouchers in exchange for the damage to his guitar, he decided to get their attention another way. He wrote a song called 'United Breaks Guitars' and had someone videotape it so he could post it on social media. The short clip immediately went viral and caused a deluge of negative online comments directed at United. It wasn't long before the stunt hit United's bottom line. Four days later, United Airlines' stock price dropped by 10% and caused their shareholders to lose around $180 million, although there's speculation that this incident was only partly responsible for the drop.

In retrospect, the $1,200 in flight vouchers that Carroll asked for would have been a small price to pay in exchange for the vast amount of reputational loss that United sustained.

Who Is Responsible for Reputation Management?

Governance Intel software by Diligent Corporation brings news to the board and management's fingertips. With an influx of news about sentiment scoring, risks, market trends and opportunities, board directors and managers can stay on top of issues that may be negatively impacting their organizations.

Diligent's Governance Intel software allows businesses to easily monitor and catalog news outlets to track companies, competitors, topics and industries that are vital to them and their organizations. Users can customize the information they receive by tailoring the type of news they're interested in, as well as whether they want to receive it via mobile devices, emails, dashboards, newsletters or some other way.

Corporate reputation management can have a positive impact on your company's financial health and prevent serious problems. You can be assured that customers, prospects and stakeholders will have a positive experience with your brand.