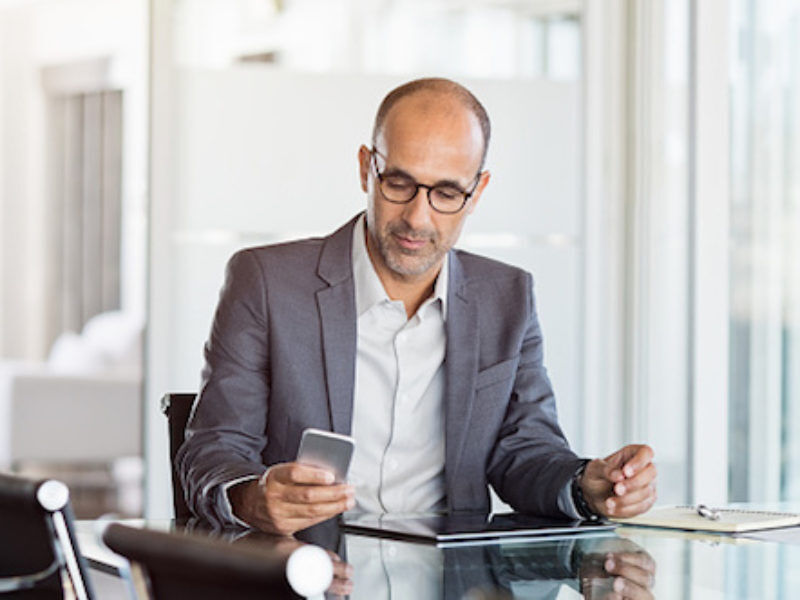 It's shocking to many to learn that a wealthy, famous businessperson can so easily become the target of spyware by using something nearly everyone uses daily ' a cell phone. The hacking of Jeff Bezos's private cell phone is very telling about the future of communications. It underscores the dangers of the availability of gadgets that open up digital surveillance in the private market, which is largely unchecked.

The incident with Bezos, the chief executive of Amazon and the owner of The Washington Post, gives us a prime example of the harm that can so easily occur because of the intentional or unintentional unleashing of spyware. The takeaway for board directors and executives is that they need to have the most current knowledge about what constitutes red flags for non-secure communications and file-sharing. Boards must be aware of the red flags to look out for before opening emails and messages that could be suspicious.

Fortunately, Diligent Corporation, as an industry leader in board management software, is well ahead of the competition in designing secure communications and file-sharing applications that were engineered with the necessary state-of-the-art security features to fully protect sensitive board communications and materials. More importantly, the tools were designed to function within a fully contained digital platform along with other digital software solutions that allow board directors to engage in their work within the security of a single electronic platform.

The Investigation into the Jeff Bezos Phone Hacking Incident

In June 2019, United Nations officials were instructed not to use WhatsApp because it's not supported as a secure mechanism for communicating official U.N. business. This notice came on the heels of word that Jeff Bezos's cell phone had been hacked in November 2018.

U.N. experts accused Saudi Arabia of using WhatsApp to hack Bezos's iPhone. The suspected motive for the attack was stories that were published in The Washington Post that criticized Saudi Arabia and its economy. Upon hearing about the incident, the U.N. called for an immediate investigation by the United States and other authorities based on a forensic report by FTI Consulting, which is based in Washington, D.C.

Reports indicate that Bezos's phone was hijacked by a malicious video file that was sent by an account connected to Saudi Arabia's Crown Prince Mohammed bin Salman. The video link indicated that it was about Saudi Arabia's economy, but it also contained an attachment that linked to information about Bezos's personal life. The complexities within technology make it difficult to confirm the information that was gained during the investigation. U.N. and independent investigators believe that the video was likely loaded with malware.

What Was the Response from WhatsApp?

WhatsApp, which is owned by Facebook, defended itself by stating that it provides industry-leading security for over 1.5 billion users. The company reports that every private message is protected by end-to-end encryption to prevent situations in which WhatsApp staff or others can read private chats. Carl Woog, the director of communications for WhatsApp, said that they developed encryption technology in conjunction with Signal that is highly regarded by security experts and that their software is the best available around the world.

Digital experts agree that WhatsApp is particularly good at fixing vulnerabilities overall and that there are plenty of other popular apps that lack proper security.

Assessing What Your Board Knows About Cybersecurity

Your board directors most likely have varying degrees of knowledge about cybersecurity. The Bezos hacking incident opens an opportunity to get your board talking about how to keep their own communications and file-sharing secure. In addition to setting up an entire board discussion about cybersecurity, it's also a good idea to assess each board director's knowledge on an individual basis.

A board portal management program with fully integrated tools for secure communications and secure file-sharing are the board directors' best tools to ensure the safety and confidentiality of board business.

Email creates a risk for boardroom communication because most platforms can easily be hacked or infected with malware. Email programs allow users to store hundreds, or even thousands, of messages, leaving them vulnerable to attack.

It's a given that boards communicate during board meetings, but they also do a fair amount of communicating before and after those meetings. It's crucial that all board communications take place in a highly secure environment. That's exactly what the designers of Diligent Messenger had in mind when they created a tool that allows board directors to communicate completely outside of personal and corporate email platforms. Diligent Messenger protects your emails equally, whether they're being transmitted or stored. Boards can trust Diligent Messenger to protect their messages because it applies strong encryption control and secure cloud storage processes to ensure that their board communications remain confidential. The software was designed with the unique needs of board directors in mind, and the company employs the latest security standards for their products.

Diligent Messenger also removes the risk of copying and pasting content and email forwarding to ensure that board communications are kept private. Users can preset groups and contacts and get alerts when messages have been sent, delivered or read. There's no need to panic over sending a message to the wrong recipient because the software provides an opportunity to retract it. Lost or compromised devices are no problem because the program has swift remote-wiping capabilities.

Bolstering Board Security with Secure File-Sharing

Diligent Secure File-Sharing positions your board directors to communicate and collaborate over a private, cloud-based network that's independent of their personal and corporate email networks. Whether they're sending files to just one person or to the entire board, boards gain the assurance that the intended recipients are the only ones getting the file.

The future of communications and the lessons that we can learn from the unfortunate incident surrounding Jeff Bezos are vitally important. The cyber world is filled with vulnerabilities, and boards can't be too careful. Board directors need to be aware of scams and threats and heed the red flags that could prompt them to open a suspicious email. The right digital tools support boards in protecting themselves and their companies, and there's no better company for the job than Diligent Corporation.