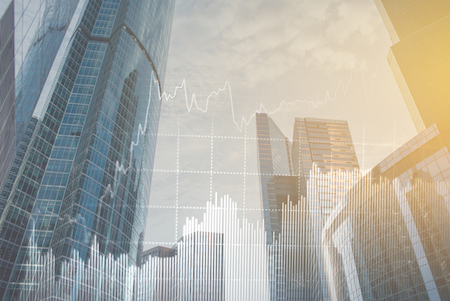 I realize that the fact that it's still early in the new year doesn't reduce the likelihood that half a dozen or more people may be clamoring for your time, expertise or ear right now. Even so, take a moment to reflect on your business vocabulary. If you were to identify some of the words most frequently used around the boardroom table, terms such as oversight, succession planning, compliance, audit, internal controls, disclosure, cybersecurity, risk appetite, management and mitigation are likely to feature prominently.

Ask a corporate secretary or other governance professional to develop a 'top 10 terminology' list and words such as strategy and stakeholder would certainly make an appearance. Depending on the structure of one's board and organization, the word shareholder may also make an appearance.

The Diligent Institute and Stanford University's Rock Center for Corporate Governance collaborated in recent months to put this question (and others) to almost 200 directors of public and private corporations.

The Diligent Institute is the eponymously named global governance research arm of Diligent Corporation. Functioning as a think tank, the Diligent Institute is charged with offering a global perspective on the complex governance matters facing boards and leadership teams. The research undertaken with the Rock Center for Corporate Governance was designed to develop a better understanding of how companies balance stakeholder and shareholder needs.

The November 2019 report, 'Stakeholders Take Center Stage: Director Views on Priority and Society,' presents the results of this research, and insights that reflect diverse experiences. Fifty-eight percent of the surveyed participants' companies are domiciled in North America, while the balance is domiciled in Australia, New Zealand, Africa, Europe, Asia Pacific, the Middle East, and South and Central America. Twenty-nine percent of the surveyed directors are responsible for privately held companies, while 31% of the companies are listed on a US exchange and another 32% are listed on non-US exchanges. The remaining 7% are listed on both US and non-US exchanges.

The Stakeholders That Have the Biggest Impact

Diligent and the Rock Center for Corporate Governance also asked directors to consider which stakeholder groups play key roles in or are impacted by their companies' daily operations and long-term strategy. Almost nine of every 10 directors, 87%, identified employees as such.

One of the surveyed directors observed, 'If you're not responding to the needs, wants, and interests of employees, I guarantee customers will suffer. They'll respond in way that are negative to the business, and your investors will suffer. This is an ecosystem that is interrelated.' Another director put it even more directly: ''If you treat your employees terribly, have a lousy culture, and are not competitive in compensation, how are you ever going to achieve shareholder returns?'

Fifty-one percent of directors said that local communities play a key role in or are impacted by their companies' daily operations and long-term strategy. More than a third, 38%, identified both local government and the public at large in the same manner. Roughly one in four directors cited other stakeholder groups, while 14% of directors said that trade unions also play key roles in or are impacted by their companies' long-term strategy and daily operations.

How Directors Should Adapt

Reflecting on the validity of pressure from institutional shareholders, another director acknowledged, 'They (institutional shareholders) represent a big piece of ownership. ...Still, they are not as close to the business as the management team and the board. So while their perspective is important, they shouldn't drive a decision that otherwise wouldn't be reached by management and the board.'

If you were to ask your own directors for their perspectives on stakeholder and shareholder impacts on long-term strategy for your organization, what might they have to say? You may want to make the full report available to your board and management team and kick-start an interesting conversation.