Stakeholder Model: Is It More Effective? 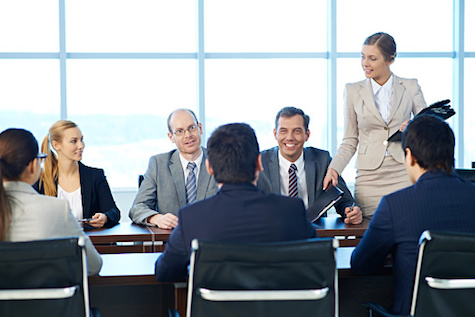 The shareholder model of governance has long been held as the standard governance model for corporations. Recently, corporate leaders are starting to express support for a change to the shareholder model in favor of a stakeholder model. However, not everyone is on board with such a drastic change. To date, there isn't enough data to strongly support one model over the other. The stakeholder model shows promise, but it's clear that companies have more work to do to live up to its standards. Perhaps one of the best things that came out of the financial crisis is that it prompted corporate leaders to begin thinking about corporate governance with respect to how it could ' and should ' be.

The concept of shareholder primacy can be traced back to Chicago economists in the 1970s. A well-known economist by the name of Milton Friedman argued that businesses had a social responsibility to increase profits to serve the best interests of their shareholders. This philosophy became the accepted corporate standard.

Statement on the Purpose of a Corporation

In August 2018, the Business Roundtable, which has a longstanding practice of issuing formal Principles of Corporate Governance, convened to discuss the topic of governance models. Since 1997, the Business Roundtable has supported the shareholder model of governance as the primary focus. As a secondary focus, they supported the interests of the other stakeholders on an ancillary basis as part of their duty to the shareholders.

At the meeting, the Business Roundtable adopted a new Statement on the Purpose of a Corporation that deviates strongly from their past stance and modernizes the approach to corporate governance. The statement was signed by 181 well-known, high-powered CEOs from major corporations across the country. The document clearly makes a move away from shareholder primacy. It reflects the new standard that corporations exist to serve stakeholders as a guiding principle. The new standard gives corporations the responsibility for serving the best interests of all stakeholders.

The New Standard for the Purpose of a Corporation

The new standard replaces the Business Roundtable's previous statements. Business executives feel that the new standard more accurately reflects the corporate commitment to a free market economy that serves all of the United States. Executives were clear to note that this statement only reflects one element of their work and that they're committed to challenging themselves to doing much more to ensure more inclusive prosperity. The new expectation for corporations is that it's socially important for successful corporations to do work for the common good. The new statement drew much approbation.

The Business Roundtable called for businesses to make commitments to meet or exceed customer expectations, investing more in their employees, compensating employees better and providing them with better benefits. The executives at the table are also committed to offering their employees training and education so that they can develop the skills to meet the needs of current and future businesses.

The new standard came about because executives started to entertain discussions around what they could do to make the world around them better. Some executives have stated that they also need to consider what they're doing that's detracting from the good they've been doing. As an example of a well-meaning activity that failed, the 2017 tax bill resulted in new social problems, as much of the benefit went to the wealthiest individuals. This is a lesson that proves that businesses need to pay as much attention to not doing harm as they need to work toward doing good.

Reconsidering the Shareholder Model of Governance

While the new statement has gained much support, not everyone has been so quick to get on board with it. The Drucker Institute applied their analytical framework to assess companies' effectiveness, which is loosely defined as 'doing the right things well.'

Members of the Drucker Institute assert that they created their framework in order to promote a similar mindset to the new Statement on the Purpose of a Corporation. Drucker sought more information on whether businesses that signed the statement gave validity to it in deed as well as in word.

The Drucker Institute assessed 752 large, publicly traded companies according to a framework of customer satisfaction, employee engagement and development, innovation, social responsibility and financial strength. The Institute compared companies in each of the five categories and in overall effectiveness. Of the 181 CEOs at the Business Roundtable, 137 of them were signatories of the new statement.

Because of current and past inconsistencies in performance according to the areas they assessed, the Drucker Institute gives the Business Roundtable credit for taking significant steps in all notable areas. The Institute will be monitoring the future performances of the signatories according to the new standard to see whether they can put their commitments into meaningful practice.

The corporate world is rapidly changing, and governance practices must change with it. Governance Intel by Diligent Corporation is a software program that was designed for the purpose of giving visibility into the real-time information that corporate boards need to stay current on all things related to governance. The tool helps boards and executives to keep a competitive edge and better aggregate the latest news and research that supports modern governance principles. Users can access and share business intelligence using their laptops, smartphones and tablets. Rather than sorting through hundreds of articles, corporate leaders choose they types of information they need, customizing it by the sources, volume, frequency and modes of consumption to help them improve their individual board performance.

Being successful in the modern market requires corporate leaders to continue being forward-thinking and continuing to take advantage of technological advancements like Governance Intel.