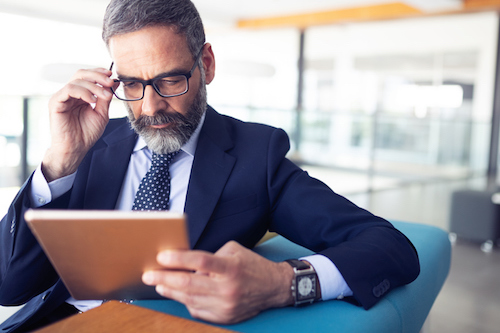 Shareholder proposals have helped to improve corporate governance in important ways in past years in the United States. In recent years, shareholders have voiced loud concerns related to environmental and social issues, including issues like climate change, risk management, diversity, sustainability reporting and inclusion in the workplace. Other issues, like director elections, the adoption of a majority vote standard for director elections and proxy access, were targets of shareholder activism.

Every year, shareholders revisit past topics and new issues start trends as well. The year 2019 is no different and companies will see a variety of old and new issues at proxy time.

With the approach of every proxy season, board directors usually spend a lot of their time analyzing trends so that they can anticipate activist shareholder proposals. A board management software solution is the modern governance approach to analyzing shareholder trends and proposals.

Who Can Submit a Shareholder Proposal?

What Should the Shareholder Propose?

To be considered and taken seriously, shareholder proposals should be well thought out and state a specific course of action. Proposals should include details about how the policy can be implemented and provide specifics on how the company can adopt the change and add it to the bylaws.

Trends in Shareholder Proposals for 2019

Financial experts are starting to highlight some of the trends around shareholder concerns for 2019. Along with the traditional governance topics, companies are likely to see a continued focus on social and environmental issues. In fact, social and environmental issues are surpassing issues around governance and are becoming more specific in nature.

Some of the other shareholder proposals for companies to be aware of are:

Along governance lines, shareholders will likely submit proposals over issues such as requiring that the board chair be served by an independent director, reducing the supermajority vote standard, rights to call for special meetings and actions by unanimous written consent.

In 2019, companies will most likely receive shareholder proposals on new topics like pricing for drugs, plastics and immigration detention.

Healthcare is a major topic in the U.S. and rising drug costs are a concern for patients, politicians and shareholders alike.

The advocacy group, As You Sow, is making waves with shareholders about the problem of microplastics polluting our oceans and the impact that it has on marine plants and animals. As You Sow filed shareholder proposals at four of the largest oil and chemicals companies. The group is asking for increased disclosures on pellet spills and how companies handle clean-up actions during the production of resin. The activist group has also filed several resolutions about recycling and recyclable packaging at food and beverage companies.

Not a day goes by that the media doesn't report on human rights issues in some capacity. With the Trump administration's focus on keeping illegal immigrants out of the country, shareholders are expected to submit proposals that relate to immigration policies and practices. In 2018, two of the hot issues were gun violence and the opioid epidemic and these issues will almost surely surface again this year.

Shareholders are making headway with companies on environmental proposals. In 2018, a large percentage of E&S proposals were withdrawn by shareholders as companies were able to come to agreements with shareholders.

Over time, some general patterns have emerged about the types of shareholder proposals. These patterns provide insight into the length of their campaigns and the level of support they receive.

Time has shown that shareholder proposals can have a major impact on governance practices and other critical issues that companies are facing. It's time for boards to take a modern approach to governance. The best way that they can do that is by using a board management software system that's highly secure and mobile. Diligent Corporation is a modern governance company and an industry leader in board management software solutions that brings disparate tools together into one secure product suite. The tools are fully integrated and work together to assist boards in decision-making around shareholder proposals.