What Is an Activist Shareholder? 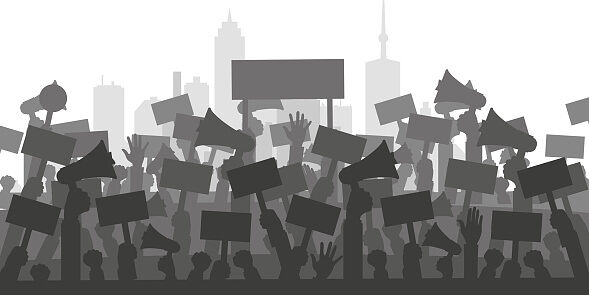 While shareholders don't have the ability to directly effect change, they can influence the board's and management's actions and decisions by exercising their voting power and using other activist strategies.

While shareholder activism is often effective, it can also generate negativity within the company.

What Are the Signs of Impending Shareholder Activism?

Any company may become the target of shareholder activism. Certain circumstances may make it more likely to occur.

Companies that have low market value in relation to their book value, and that also have solid branding, good cash flow and are profitable, may become targets of activism if they also have larger cash reserves than their own norms and the norms of their peers. This situation causes shareholders to be confused about the reason for such a large reserve. Companies that have multiple businesses may become concerned that a part of the company is underperforming.

Another situation that may incite shareholder activism is when institutional investors own the vast majority of outstanding voting stock and the board isn't meeting best practices for board composition. Vast shareholder dissatisfaction is another reason for an upswing in shareholder activism.

Activist shareholders may have financial or non-financial reasons for desiring to influence corporate change.

Shareholders may have financial motivations for activist activities, such as wishing for companies to cut costs, to make changes in the corporate or financial structure of the company, or to alter merger activity.

Motivation from shareholders may stem from non-financial reasons. Shareholders may use activism as a way to encourage companies to get out of certain markets or influence them to be more socially or environmentally friendly.

A Short History of Shareholder Activism

Certain activists made names for themselves during the 1980s and 1990s. During the 1980s, certain activists set their sights on breaking up companies and became known as 'corporate raiders.' Using their own money to purchase large blocks of shares, they pursued proxy contests to control the board.

New funds emerged in the 1990s and raised money from other investors, along with minority board representation, to put their mark on corporate strategy. In addition to strategizing on how to break up companies, activists during this time sought to oust management, increase operational efficiency or encourage financial restructuring.

Activism has been increasing during the last couple of decades, with shareholders adding capital allocation strategy to their list of concerns. Something that's also changed is that shareholders are often taking their concerns directly to companies first before succumbing to activist strategies. They're also apt to assess the perceptions of other investors first before deciding to take action.

To learn more about how to digitize your governance needs in the boardroom, check out the Governance Cloud and see how Diligent can meet your board's needs.

What Strategies May Activists Consider?

Shareholders may opt for one of several activist strategies, including proposing resolutions, starting a proxy fight or utilizing the media. Actions may range from mild actions, such as attempting to negotiate with management, to aggressive strategies, such as pursuing litigation.

It's common for shareholders to submit a proposal for a vote at a corporate annual general meeting. This is a move that management tends to frown on because it may garner negative public attention. The goals in proposing resolutions may be to exert pressure on boards to change corporate policies and practices, to change executive compensation, to change how the board oversees certain operations or to influence a change in corporate behavior.

Shareholders have a right to vote at the annual general meeting. They're allowed to vote in absentia (by proxy) if they're not able to attend the meeting in person. Activist shareholders may try to persuade other investors to use their proxy votes to promote changes in management. This strategy requires having shareholders that have majority shares to be successful. Proxy fights where shareholders lack majority shares but have a large number of votes may still have some influence on board and management changes. Large numbers of votes against board directors may influence someone to withdraw from the board. Those who refuse to withdraw may be replaced by the board later on.

When investors form a limited partnership using high-risk methods, such as investing with borrowed money with the goal of realizing large capital gains, they're called hedge funds. Investors may form such partnerships with the goal of exerting power over boards and management. Hedge fund activism is an aggressive strategy that shareholders may use when they want to see a notable change in corporate strategy or financial structure or major board or management changes.

Where other strategies may not be practical or useful, activist shareholders may resort to the media. Negative publicity campaigns using mass media draw public attention to shareholder concerns and may place enough pressure on management to listen to shareholders and to make changes.

In worst-case scenarios, activists may initiate legal action against management. This strategy usually breeds negativity for both parties, making it one of the least desirable methods of activism.

The best way to avoid shareholder activism is for boards to continually work toward practicing good corporate governance. Diligent Corporation created a suite of software solutions called Governance Cloud to help boards fulfill every aspect of their duties. Diligent is an industry leader in enterprise governance management. Companies that invest in Governance Cloud demonstrate their commitment to good governance to their shareholders and others.