The Influence of UK's SMCR on Asia-Pacific Regulations 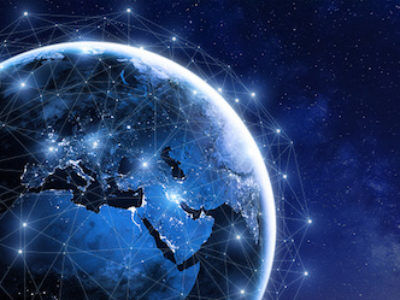 The 2008 financial crisis rocked global markets and left many investors distrustful of banking institutions that they felt had played fast and loose with their money. Financial analysts pointed to lax banking regulation as one key cause of the economic downturn. In the UK, a rash of high-profile banking scandals ' including LIBOR manipulation and PPI mis-selling ' further complicated these problems. In response, Parliament initiated the Senior Managers and Certification Regime (SMCR) in March 2016. The SMCR is designed to make senior banking managers more responsible for the financial actions of their organizations, as well as to encourage an overall change in risk consideration through increased individual accountability.

Two years later, as the stipulations of SMCR have begun to take effect, other countries are in the process of establishing similar regulatory measures. We can specifically trace the influence of SMCR to recent developments in the Asia-Pacific region. Last October, Hong Kong implemented its Manager-in-Charge (MIC) regime and management accountability initiative. In July of this year, Australia introduced the Banking Executive Accountability Regime. And in Singapore, efforts are underway to develop measures focusing on strengthening accountability and improving the conduct of top-tier banking executives.

How might these changes affect your international business? Below, we outline the details of the SMCR and its South Asian counterparts, and suggest ways to keep your organization in compliance with changing regulations.

Features of the UK's SMCR

The SMCR is designed to encourage banking institutions to increase risk oversight, delineate clear paths of accountability and set standards of acceptable conduct. The regulations put in place by the SMCR apply to all banks, credit unions, building societies and large investment or insurance companies, as well as branches of foreign banks operating in the UK. The SMCR comprises three key components:

The Senior Managers Regime creates direct accountability to the Regulators for individuals taking part in important decisions about a company's actions. It also requires organizations to define explicitly the management functions of individuals within senior management.

The Certification Regime requires firms to vet all senior management employees with regard to their qualifications, competence, training and personal characteristics to ensure that each member is 'fit and proper' to perform the functions of her position.

The Conduct Rules set forth a Regulator-prescribed code of conduct that applies to all non-ancillary staff within affected firms. This regulation requires organizations to report any breaches of Conduct Rules to the appropriate Regulators.

Firms must then create a Responsibilities Map, which traces each Prescribed Responsibility to its appropriate senior manager. In the event of an incident requiring investigation or oversight, Regulators want to be able to trace each senior management function back to the individual in charge.

The Spread of Effective Regulation

Initially, the SMCR regulations caused consternation among banking industry officials, but as they have been put into practice, firms have reported positive fringe benefits from meeting SMCR obligations. Senior managers have become increasingly aware of how their firms operated in practice, and instances of irresponsible risk-taking have dropped. These encouraging results have led regulatory boards in the Asia-Pacific region to launch similar initiatives.

The longest-standing of these newer regulatory bodies is Hong Kong's Manager-in-Charge of Core Functions regime (MIC). Initiated in December 2016 by the Hong Kong Securities and Futures Commission (SFC), the MIC is designed to promote awareness of regulatory obligations among the senior management of licensed corporations. Unlike the SMCR, these mandates do not affect the banking industry, but are instead aimed at all other entities regulated by the SFC and all senior executives involved in the day-to-day operation of SFC-regulated activities based abroad. The MIC articulates a set of eight Manager-in-Charge Core Functions. These include:

In addition, the MIC calls for each entity to submit a formal organizational chart of their operation. These organizational charts must depict the management and governance structure of the entity, business and operational units, key human resources and their respective reporting lines. In essence, the MIC charts perform the same function as the SMCR's Responsibilities Map, granting regulators a clear path of accountability for each corporate decision.

The Australian Federal Government has taken its own steps to emulate the regulatory framework of SMCR through instituting the Banking Executive Accountability Regime (BEAR). Like SMCR and MIC, BEAR sets in place regulations and controls in an effort to strengthen the accountability and responsibility infrastructure for senior and influential directors and executives within Australia's banking and finance industry. Regulations for large corporations are set to go into effect by the end of July 2017, while smaller and medium-size companies are expected to follow suit within the next 12 months. BEAR places obligations upon all Australian ADIs (Authorized Deposit-taking Institutions), including Australian banks, Australian branches of foreign banks, subsidiaries of ADIs (even those that provide non-banking services), and overseas branches of Australian-based ADIs.

Just as UK firms must identify Senior Managers, Australian firms must register accountable persons with the Australian Prudential Regulation Authority (APRA). Accountable persons are those individuals who hold positions of influence within ADIs, including CEOs, CFOs, heads of internal audit, compliance officers and heads of money-laundering initiatives. Firms will also be expected to provide a current accountability map, providing names of accountable persons, their responsibilities and details of their reporting lines.

While Australian banking executives wait to see what the effect of BEAR might be on the industry, the Monetary Authority of Singapore (MAS) is considering new mandates that would, again, increase the individual accountability of senior management within financial institutions. While the details are still being worked out, early drafts of the guidelines include some now-familiar refrains: identification of senior managers and a clear specification of management responsibility. As Ong Chong Tee, the deputy managing director of Financial Supervision at MAS, explains, 'Clear accountability and proper conduct are important elements of good governance and sound business practice.'

Moving forward, it seems obvious that international financial regulations are trending toward increased individual accountability. In order to comply with these demands, organizations need to build and maintain accurate entity databases. Blueprint can help. Our entity management technology can customize data libraries for your senior management personnel, and our data visualization tools can assist in the creation of responsibility maps. Contact a Blueprint representative for more information.