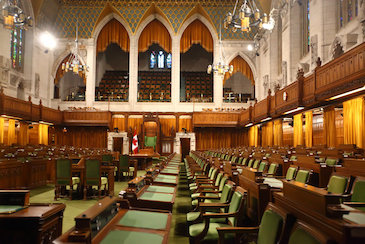 It might be an oversimplification of corporate operations to assume that the way your business operates is entirely down to your business strategy; in fact, that's rarely the case. Even in jurisdictions that pride themselves on low levels of rules and regulations, there will still be some parameters an organization must comply with to be considered able to operate legally.

But when government and regulators get involved in subsidiary management ' when they set up those rules and regulations for legal operations in their country or market ' they are effectively intervening in the way an organization handles its entities.

The level of government intervention in subsidiary management can play a strong role in an organization's structuring decisions ' the choice of where to locate a headquarters or the format of a local entity are all guided by the way a government and its regulators have structured its corporate law. Says Investopedia: 'Many sectors of the business world have long complained about government regulations and their restrictive nature. Often cited as an impediment to corporate and small business profits and a waste of precious time and effort, government statutory requirements have been denounced, side-stepped and violated by many a business since the early 20th century when the corporate income tax and anti-trust laws were first enacted.'

To be sure, the governments of many developed nations have, in the past, prided themselves on their low levels of corporate tax and government intervention in subsidiary management, but in the past decade ' the years since the 2008 global financial crisis ' the mood has shifted. Consumers and electorates want more scrutiny of how businesses conduct themselves in a bid to protect the markets against the kind of crash we saw back then. Organizations like the Organization for Economic Cooperation and Development (OECD) have taken the driver's seat, and governments around the world are implementing their recommendations, leading to increased government intervention and regulation.

From the need for federal approvals of products to monitoring of advertising, from scrutiny of tax and accounting to codes of conduct for listed companies, the level of regulatory and government intervention is growing. To demonstrate this, let's look at some world events and news stories for clues about the rate of government intervention in subsidiary management.

Following the 2008 global financial crash, the OECD ' set up to stimulate economic progress and world trade ' embarked on a few projects to test how government intervention in subsidiary management could help to protect global markets.

One of these projects was the Inclusive Framework on Base Erosion and Profit Shifting, or BEPS, a bid to stop multinational organizations from avoiding their tax obligations. Multinationals were structuring subsidiaries in a way that helped them exploit gaps and mismatches in tax rules to avoid paying tax, a practice that cost countries US$100-240 billion in lost revenue annually.

More than 130 countries and jurisdictions are collaborating on implementing 15 measures to 'tackle tax avoidance, improve the coherence of international tax rules and ensure a more transparent tax environment.' BEPS has led to country-by-country reporting regulations to reveal the true picture of tax avoidance, which means government intervention has led to an increased burden for subsidiary management ' more reporting, more need for accurate data and more scrutiny by regulators.

Once a bastion of economic success, Japan has recently faced a spate of corporate scandals and a slide in the Asia corporate governance rankings, leading to the government looking at reforms for corporate governance in the country. It has been said that Japan is not doing enough to improve minority shareholders' rights, while the Japanese corporate culture and executive pay have been in the spotlight since the arrest of then-chairman of Nissan, Carlos Ghosn, on suspicion of underreporting his compensation in financial filings.

As a result, the Japanese government is looking to intervene in subsidiary management in various ways. Prime Minister Shinzo Abe's economic program, known as Abenomics, has better corporate governance as a pillar, and stewardship and corporate governance codes have been in operation for around five years. It's part of a move to urge companies and investors to prioritize profitability, transparency and accountability, and it has been accompanied by a rise in the percentage of independent board members at Japanese-listed companies.

And with a rising belief that stronger corporate governance could help ease Japan's problem with low inflation and wage growth, it's likely the Japanese government intervention in subsidiary management regulations will continue.

US: Lobbying for less regulation

Today, corporations spend about $2.6 billion a year on reported lobbying expenditure ' more than is spent to fund the House and the Senate ' and The Atlantic recently called the rise of proactive corporate lobbying 'among the most important transformations in American politics over the last 40 years': 'Rather than trying to keep government out of its business, companies are now increasingly bringing government in as a partner, looking to see what the country can do for them.'

That could be one reason behind the current US tariff wars, and the country's increasingly protectionist view of global trade. It's government intervention in subsidiary management, but in a different way to those described already: welcome intervention, aimed at helping the business to grow its profit base.

On the flip side, however, government intervention in US subsidiary management also includes the Sarbanes-Oxley Act, governing corporate responsibility; the Environmental Protection Agency, governing pollutants and emissions by businesses; the Federal Trade Commission, there to 'protect America's consumers'; the Securities and Exchange Commission, imposing strict regulations on listed companies; and the Food and Drug Administration, which needs to approve the movements of companies in those fields. This sort of government intervention in subsidiary management can add to the reporting burden and the need to keep documents such as licenses in a central repository.

Back in 2009, Robert B. Reich wrote in the Harvard Business Review about 'the era of government ascendancy': 'If you feel as if government officials are breathing down your neck, get used to it. For the foreseeable future, governments are going to take an especially keen interest in how you're managing your business. Executives should look for tighter scrutiny than we have seen for decades and new, indirect forms of intervention. Managers in the private sector, accustomed to ducking behind corporate- and government-relations professionals, will need to develop a new mind-set and skill set that will allow them to partner with government rather than fend it off.'

The best way to ensure your organization is equipped and able to handle regulatory pressures brought on by government intervention in subsidiary management is through ensuring your own subsidiary management is governed by robust data and strict monitoring ' especially in the case of multinationals. And the best way to police those robust processes is by turning to technology to create a centralized view.

Entity management software helps to harness subsidiary management and to create the kind of quality data that governments and regulators are expecting. A solution like Diligent Entities helps organizations to centralize, manage and effectively structure their corporate record to improve entity governance, in turn working to better ensure compliance, mitigate risk and improve decision-making through an integrated governance solution.

Get in touch and schedule a demo to see how Diligent Entities can help to keep subsidiary management on track, and to ensure any government intervention is kept in check.

Lauren has been writing about the world of compliance and governance for half a decade, but she's been a journalist and copywriter for longer '' that's 20 years spent writing for media, for agencies and for businesses across sectors including finance, professional services, healthcare, technology, energy and entertainment. As an editorial strategist, she has set the tone for national and multinational companies, and loves nothing more than getting to the heart of great stories. An Aussie in London for 13 years, and married to a true English eccentric.