Are the CEO and the Chairman of the Board the Same Person? 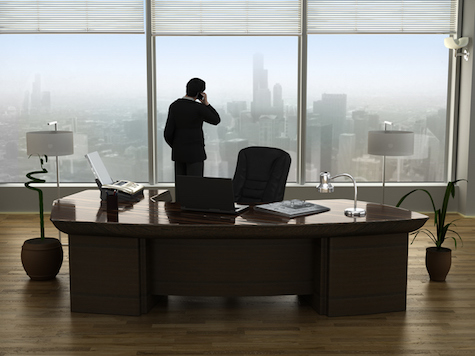 From a historical perspective, the CEO and the Chairman of the Board have served in the same position. With some of the evolutionary changes in best practices that have resulted from regulatory and legal changes, there has been a lot of discussion about whether companies should appoint a board chair that is not also the CEO of the company. Current trends are moving in the direction of separating the Chairman of the Board and CEO roles.


What's the Difference in Duties Between the CEO & the Chairman of the Board?

The differences in the duties and responsibilities between the CEO and the board chair are clear. In simple terms, the CEO is the top senior executive over management while the board chairperson is the head of the board of directors.

The CEO is the top decision-maker for the company and the person who oversees the daily operations and logistics. All of the senior management executives report to the CEO. The CEO is the chief operating officer and usually delegates many of the responsibilities to other senior, mid-level and lower-level managers, depending on the size of the company. The CEO's position entails focusing on the strategic plan, which includes strategizing about the competition and which markets to enter. The CEO reports directly to the board of directors, the party ultimately responsible for matters like Environmental, Social and Governance (ESG), Corporate Social Responsibility (CSR), and even corporate email security.

By contrast, the board chairperson of a company is the head of its board of directors. The board of directors is elected by the shareholders, and they're charged with protecting the investors' best interests. Part of that responsibility includes ensuring that the company is stable and profitable. Boards usually meet at least quarterly to set long-term plans, review and monitor the financial reports, monitor and oversee the senior-level executives, and vote on major decisions.

Board directors are responsible for recruiting, appointing and evaluating the CEO's performance and replacing those who don't meet performance expectations.

The board chairperson has substantial power. The person appointed to this position sets the board's agenda and facilitates board meetings. The board chairperson usually has a close working relationship with the CEO, but the chair doesn't play an active role in the management of the daily operations.


>> Learn More On Our "Modern Governance: The How-To Guide" Whitepaper

The best way for the CEO and the board chairperson to stay connected is with a board management software from Diligent, where they can be assured their discussions are confidential.

The CEO is sometimes allowed to choose the senior executives. It's common for a company's bylaws to guarantee retiring executives a board seat. In this way, the CEO effectively influences board composition. Some companies are continuing to hang on to tradition and assign the CEO as the board chairperson.


Why A Company's Chairman and CEO Should Not Be Same Person

The board's primary responsibilities are strategic planning, oversight and abiding by the principles of good corporate governance. In recent years, companies in Europe and the United States have seen the value in spending more time in providing value to the CEO and the senior executives. Boards of directors typically have varied industry experience and a good understanding of overall economic trends, which make them valuable resources for the senior leadership.

For companies to be successful, they need a CEO who is dedicated to the responsibilities on a full-time basis. Managing a board of directors is also a full-time job. Both positions are of such importance that when one person serves in both roles, it's difficult, if not impossible, to serve both positions well.

There's no clear answer about whether one person should fill both positions and there are no regulations that require one structure over the others. The debate has been going on for the last couple of decades with no clear answer in sight. As it has been becoming more common for boards to choose independent board directors to serve in the role of board chairperson, the general thought has been that independent board directors are the people best suited to serve as board chairperson.

The main benefit in separating the two roles is that it distinctly separates the roles of the board and management. The separation also allows each person to devote the proper time to their role. Since the board of directors is tasked with evaluating the CEO and senior executives and setting their pay, separating the CEO and the Chairman of the Board roles eliminates potential conflicts of interest.

Having an independent board director as the chair gives one person the ability and authority to speak on behalf of the board. An independent director is also better able to represent individual director perspectives to the CEO. An independent Board Chair is also more likely to elicit opinions and perspectives that will challenge the CEO and enable him or her to think differently about certain issues. The Chairman of the Board acts as the main liaison between the board and management. The person who fills this role is valuable during crisis situations in dealing with external groups such as investors and the media. Overall, an independent board chair provides the necessary balance with the CEO position. 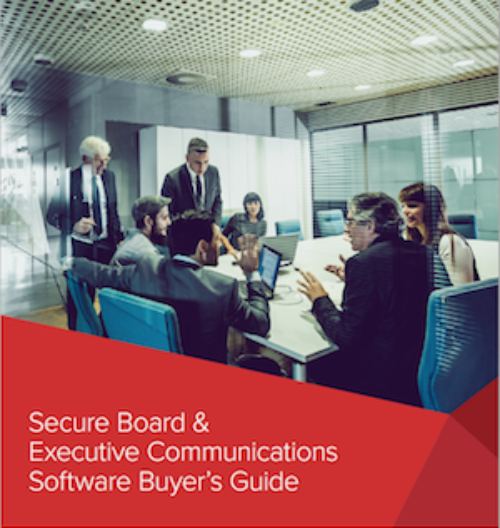 Protecting Your Board & Executive Team Through Secure Communication Technology

Securing board and executive communications should be at the top of the list for every organization. With all businesses relying on technology in some way, shape or form, cybercriminals have a plethora of opportunities to penetrate an organization’s security. The easiest way for that to happen is through phishing and whaling attacks on high profile employees and board members. As such, boards should be looking for alternative means to communicate with each other inside and outside of the boardroom. Personal and corporate emails no longer provide the necessary protection and create open up your organization to unnecessary risk that can create governance deficits. Boards should be looking to adapt secure communication technology..
LEARN MORE