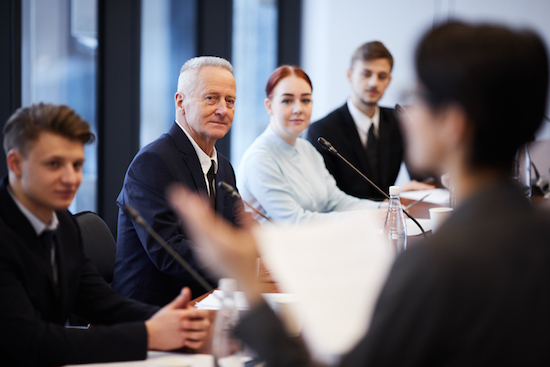 Corporate governance reporting is an ethically driven business process. Good corporate governance principles account for equity, accountability and transparency. Corporations that make a solid commitment to these values demonstrate to shareholders and stakeholders alike that they have the company's best interests at the forefront of their decision-making. That's an important concept because meeting stakeholder expectations ensures effective engagement.

How Laws and Regulations Have Driven Corporate Governance Reporting

The Cadbury Report in the United Kingdom came out in 1992. It was one of the first significant events in modern corporate governance. The report recommended establishing corporate boards and accounting systems to reduce the potential for corporate risks and failures.

The Sarbanes-Oxley Act (SOX) was passed in the United States in 2002. It's a federal law that established new auditing and financial regulations for companies. The intent of the law is to help protect shareholders, employees and the public from accounting errors and fraud surrounding financial practices. The hope is that the Act would help to restore investors' confidence as they struggled with the aftermath of several high-profile cases of corporate crime. SOX primarily pertains to financial reporting and business practices at publicly traded companies, although some of its provisions pertain to all organizations, including private companies and nonprofits.

SOX also established penalties for companies that are found to be in noncompliance with its provisions. The Securities and Exchange Commission (SEC) is responsible for enforcing the provisions put forth in SOX.

The Dodd-Frank Wall Street Reform and Consumer Protection Act, which is more commonly known as the Dodd-Frank Act, is a federal law in the United States that makes the government responsible for regulating the financial industry. The Act was passed in 2010, and it created a financial regulatory process that enforces corporate transparency and accountability. The Great Recession in the latter part of the aughts was partly due to high reliance on large banks at a time when regulation was extremely low.

One of the primary goals of the Dodd-Frank Act was to enforce more stringent regulations on banks. The Act also created the Financial Stability Oversight Council (FSOC) and assigned it the task of addressing persistent issues that affect the financial market in the hopes that it will prevent another recession. The government hopes to prevent future bank bailouts by keeping a closer watch on the banking industry.

The Dodd-Frank Act incorporated a whistleblowing provision with a financial reward to help deter the existence of security violations. In addition, the Dodd-Frank Act created the Consumer Financial Protection Bureau to protect consumers from large, unregulated banks. Many financial experts believe that the Dodd-Frank Act will prevent future financial crises that mirror that of 2008 and the abuses that led to it.

In 2014, in India, the Securities and Exchange Board of India (SEBI) sought amendments to the listing agreement in that country. The new norms require stricter disclosures and protections for investors' rights. The changes include provisions for equitable treatment for minority and foreign shareholders. The changes also require companies to get shareholder approval for related party transactions, established whistleblower policies and increased disclosures on pay packages, and requires companies to have at least one female director on every board. These norms align closely with the Companies Act of 2013, which also made into law in India.

Generally accepted accounting principles (GAAP) serve as a benchmark for financial reporting. The current process is quite involved and is not conducive to setting comprehensive standards. The inherent complexity of it makes changing it a difficult process at best.

Accounting principles impact financial position and capital allocations, which contributes to the difficulty in setting industry standards. The SOX Act directed the SEC to decide who is in charge of GAAP and whether it should be rules-based or principles-based. The SEC decided that the Financial Accounting Standards Board (FASB) should be in charge. Their goal is to further develop the conceptual framework of accounting, eliminate bright-line tests, and manage the process of converging U.S. standards with the rest of the globe.

As long as there are human beings, there will be temptations to commit financial fraud. Fortunately, in most cases, comprehensive financial statements and tax returns are prepared by honest managers and accounting teams who have the utmost in integrity. Their auditors are competent professionals who maintain the proper level of skepticism.

It takes an active, well-informed, independent board of directors to ensure the highest standards of corporate governance, supported by a highly secure board management software system like Diligent Boards and Governance Cloud.