Who Manages the Board of Director Salary? 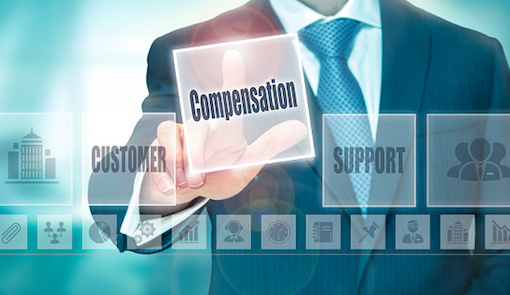 In their new role as board directors, they act as advisors to the senior executives. As representatives for the shareholders, directors have a fiduciary duty to oversee the affairs of the corporation, especially their financial health.

Many factors come into play when deciding how much board directors get paid. Public companies issue an annual proxy statement, in which they reveal how much they pay board directors. Most companies now also post this information on their corporate website.

How Much Do Board Directors Get Paid?

Board Service on One or More Boards Is Lucrative

Dr. Roy Vagelos provides a prime example of how financially rewarding it can be to serve on a board of directors. Vagelos was the former CEO of the pharmaceutical company Merck & Company. He was forced to retire at the age of 65. Fearing he'd be bored in retirement, he accepted a position on the board of directors for Regeneron Pharmaceuticals, Inc. According to the Bloomberg Billionaires Index, his director compensation took his net worth to $1.3 billion.

If serving on one board is lucrative, serving on several boards is even more so. For example, Jonathan Miller is the former CEO of AOL. Miller received more than $1 million in 2015 for serving on eight corporate boards.

Factors on Board Director Pay

Board directors take many things into consideration when determining how much to pay themselves. Obviously, it makes sense for wealthier corporations to pay high salaries to attract the best possible candidates to the board ' candidates who will help them to increase profitability while monitoring risks.

In deciding on amounts for board of director salary and other benefits, board directors must consider the size and net worth of the company. They also take into consideration whether the company is public or private and how complex the company's infrastructure is.

Board directors consider how many meetings per year they must attend and how much responsibility board directors have when assigning compensation. Board directors usually expect that serving on a board of directors will be worth their time and effort. They also have to consider the amount of time that it will take to serve effectively and responsibly on the board. Being a board director requires them to prepare for and attend board meetings, review corporate filings and materials, and advise managers in their roles.

Who Makes the Decision About Board Director Compensation?

Independent, or outside, directors, aren't employees and don't get a salary. The whole board makes decisions about their pay. They also get reimbursed for expenses for attending meetings, including travel, accommodations and food.

Inside and outside board directors usually get paid additional sums for serving on committees or serving as the board chair.

Boards usually form a remuneration committee that makes recommendations regarding the board for director compensation. Some corporations get assistance from compensation consulting firms. Board directors of various companies also speak to each other about how much they pay their board directors. Board directors of today are also cognizant about aligning their CEOs' compensation with the company's goals and the CEO's goals for his or her own performance. For all public companies, corporations disclose their board directors' pay to the rest of the shareholders and potential investors on their annual proxy statements.

In recent years, shareholders have taken a bigger role on wanting some say on director pay. Say-on-pay rules are continuing to evolve.

Effect of Say on Pay on Board Director Salaries

During the early 2000s, investors began to express concern about negative headlines at major corporations. They worried that board directors were overpaying themselves. Talk on Wall Street started to include discussions about the prospects of investors getting more say on pay, as groups of institutional investors started campaigning for resolutions on say on pay. These discussions became hot topics from 2007'09. In 2007, Congress got involved. Representative Barney Frank sponsored legislation to give shareholders a non-binding vote on executive compensation; however, the bill was stalled in the Senate. New disclosure rules came about in 2007.

It was around this period of time that some companies voluntarily began giving key shareholders votes on board director and CEO remuneration. In 2010, President Obama signed the Dodd-Frank Wall Street Consumer Protection Act, which allowed for a say on pay. While this was landmark legislation, there remains controversy over exactly what shareholders are voting on.

How Board Management Software Supports Voting and Resolutions

Corporations depend on their boards to make vital decisions that impact the company's future. It's vital that the voting procedures for boards are accurate, efficient, transparent and secure, particularly when voting on board director remuneration.

Diligent Voting & Resolution software is part of a suite of governance tools that comprise Governance Cloud ' a platform for total Enterprise Governance Management. With Diligent's Voting & Resolution tool, boards have the option of using the Quick Voting feature, which is designed for resolutions and other issues where the board needs little or no discussion. Board directors can use the program to vote anonymously and add comments if they choose. Boards can also opt for a feature that tallies the results and displays voting results in real time if they choose.

Boards walk a fine line in paying their board well enough to attract the best talent and still keeping their shareholders happy. Board management software streamlines the process that supports all aspects of board work, including setting board director remuneration.