Best Practice GRC Reporting: What Is It and How Can You Achieve It? 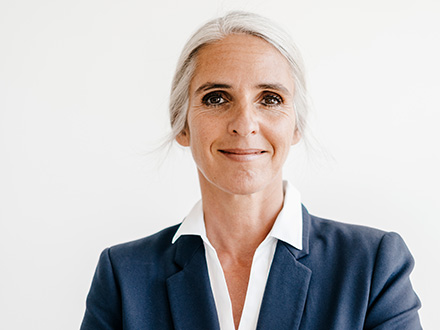 Governance, risk and compliance concerns (GRC) are becoming more critical for organizations in all sectors.

Not surprisingly, the world seeing disruption over the last couple of years as never before. The pandemic, social unrest, cyber risk and climate-related emergencies have contributed to an unpredictable corporate landscape.

Your approaches to risk and compliance ' and how you govern these approaches and your other business strategies ' are under unprecedented pressure.

Your GRC strategy needs to be comprehensive to cope with the panoply of risks your business faces and agile, to respond to the ever-changing nature of risk.

What Is GRC Reporting and Why Is It Increasingly Important?

According to the OCEG GRC Capability Model, GRC is an organization's ability to achieve objectives reliably (governance), address uncertainty (risk management) and act with integrity (compliance).

As all three of these components move up the corporate agenda, so does the need to measure, report on and evidence your objectives and progress.

This is particularly true as GRC becomes increasingly recognized as a growth driver, rather than just a risk mitigation tool and regulatory compliance requirement. Your performance on all things GRC will play a growing role in your organization's attractiveness as an investment, as an employer and as a supplier.

Organizations can voluntarily include annual GRC reports. Reporting that isn't mandatory, but increasingly expected, like the TCFD reporting recommendations; and in some areas, compulsory reporting, such as that on the gender pay gap.

Who Should Be Involved in GRC Reporting?

The board should retain strategic responsibility for GRC reporting and plays a key role in the oversight of strategy. However, the detail of reporting tends to be delegated to business teams who are responsible for their own GRC performance and data. A cohesive approach where risk, audit and compliance teams work closely together to tackle the challenges of GRC is vital.

The Board's Role in GRC Reporting

As with any business strategy, the board plays a leading role in GRC objectives, oversight and reporting. Organizations should consider the board's role. Ensuring that senior leadership is bought into the process is one of the top five tips for businesses implementing GRC. Your approach to

GRC has to be both top-down and bottom-up; GRC data is an important weapon in the armory of a board looking to better manage risk, and your board needs to lead by example in prioritizing GRC reporting.

Many issues fall under the umbrella of governance, risk and compliance. This in itself can create challenges. With an area where issues ranging from cyber security via business ethics to supply chains, creating a comprehensive and cohesive strategy takes work.

Some of the key challenges you may come up against include:

GRC Reporting Technology: What Is It and How Can It Help?

Today, a range of tools can help to capture and monitor the metrics that underpin GRC decisions ' as well as ensuring your processes and controls map to external and internal requirements. Employing technology that integrates all your GRC-related data into a single source of truth can be invaluable when it comes to GRC reporting.

Not only can the right GRC tool drive better decision-making and increase transparency, but it also gives you a strong foundation on which to build your GRC reporting, with the assurance that you are basing reporting on comprehensive and accurate information.

Again, the board plays a central role ' and technology will play a growing part in boards' ability to demonstrate that they are compliant and market-leading here. Compliance and risk management expert Yvette Hollingsworth Clark believes that:

We will see a greater demand for board members who have an understanding of emerging technology so they can effectively challenge management and actually ensure that they're fulfilling their fiduciary responsibilities.

GRC reporting, then, is likely to be a growing priority for organizations and their boards. To ensure your approach meets best practice standards, follow some simple steps:

Kezia Farnham
Kezia Farnham is the Content Strategy Manager at Diligent. She's a University of the Arts London graduate who has enjoyed over seven years working across journalism, public relations and digital marketing, with a special focus on SEO and CRO in the B2B SaaS sector. Kezia is passionate about helping governance professionals find the right information at the right time.